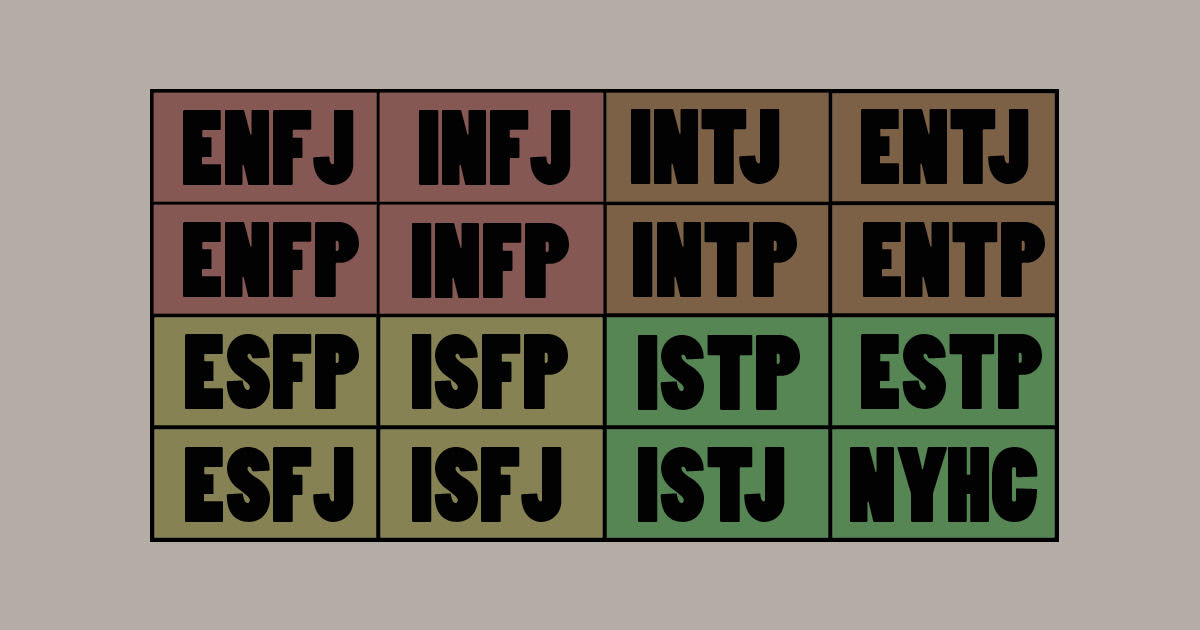 The decision to add the new type to the classification list, which is based on specific personality traits proposed by the founder of analytical psychology, Carl Jung, was finalized after much consideration.

“After countless hours listening to Warzone’s Don’t Forget the Struggle, Don’t Forget the Streets, we just figured we might as well,” said Myers-Briggs spokesperson and ESTJ Marta Choi. “People who identify as NYHC talk about themselves even more than any of the other types — and that’s saying a lot. I mean, maybe the introverts have taken over the whole Internet, but I’ve never seen an INFJ knuckle tattoo. Have you? Exactly.”

NYHC will join the existing 16 personality types determined through an introspective report. Unlike the 93 questions asked of other types, however, NYHC types will be primarily determined through a basic understanding of “the streets” and proposed allegiance to “family.”

Psychologists say one telltale indicator is an affinity for mixed martial arts later in life.

“We’ve found most NYHCs tend to reside in the immediate New York City area, although persons identifying as the type have been found as far away as Syracuse, all of Connecticut, and, oddly enough, Berlin, Germany,” explained Choi. “Either way, their insistence that the ‘Lower East Side just isn’t what it used to be’ is a clear indicator of the classic NYHC persona.”

While self-diagnosed NYHC Max “Snax” McGuinness is delighted to see his type finally represented by Myers-Briggs, he asserts that he “…doesn’t need some fuckin’ bullshit-ass test” to know he’s “been out here representing since ’82,” despite having only been born in 1994.