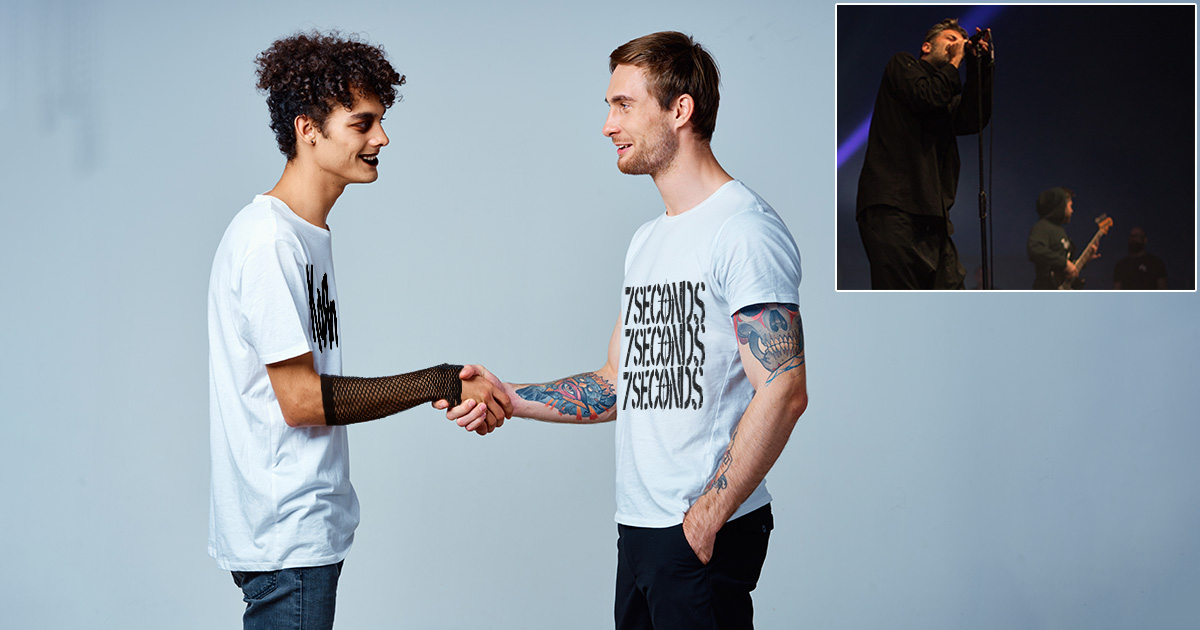 HEMPSTEAD, N.Y. — Fans of hardcore and nu-metal announced a peace agreement after finding common ground in their mutual love for seminal post-hardcore band Glassjaw, confirmed relieved sources present at what is being called the “Long Island Accord.”

“Normally I don’t go in for all that hardcore shit. I always thought it was for weird losers in big cargo shorts, but Glassjaw kinda rules,” explained JNCO-clad nu-metal fan Lance Ray. “They’ve got all the stuff you need to be a nu-metal band: Ross Robinson produced their album, they were signed to Roadrunner, and my best friend Marco got knocked when he was pitting to them. They’re like one Knotfest performance away from being fully inducted into the nu-metal Hall of Fame.”

Hardcore representative Joey Weir expressed a similar sentiment, albeit from the opposite side of the matter.

“Nu-metal is a complete clown show, man. A bunch of wannabe tough guys wearing dumb ass clothes and jumping around like idiots,” Weir said, leaning against a brick wall with his arms crossed. “I mean yeah it’s got downtuned chug riffs and shouted vocals like hardcore, but they’re actually worlds apart as genres. Normally I’d say anyone who likes it unironically is a poser who should go die. But when I found out that dude with the weird pants over there was into a classic band like Glassjaw, I kinda started to think he might be alright. I’m not ready to invite a nu-metal guy to my house for dinner, but at least we’re making progress.”

News of the budding unlikely friendship even reached members of the band itself, with vocalist Daryl Palumbo expressing excitement at the unifying nature of their music.

“It’s really beautiful that an album we put out two decades ago can continue to bring people together, transcending even the deep rivalry between punks and nu-metal fans,” Palumbo said. “While I’m sure two aggressive dudes into heavy music would have eventually found common ground elsewhere, I’m just happy to have had a small part in making it happen that much sooner. Guess I really showed those reviewers that called my voice on ‘Everything You Ever Wanted to Know About Silence’ atonal… could someone with an atonal voice bridge musical and cultural divides like this? Don’t think so.”

At press time, mediators were beginning to initiate peace talks between a local straight edge crew and a pack of Juggalos.