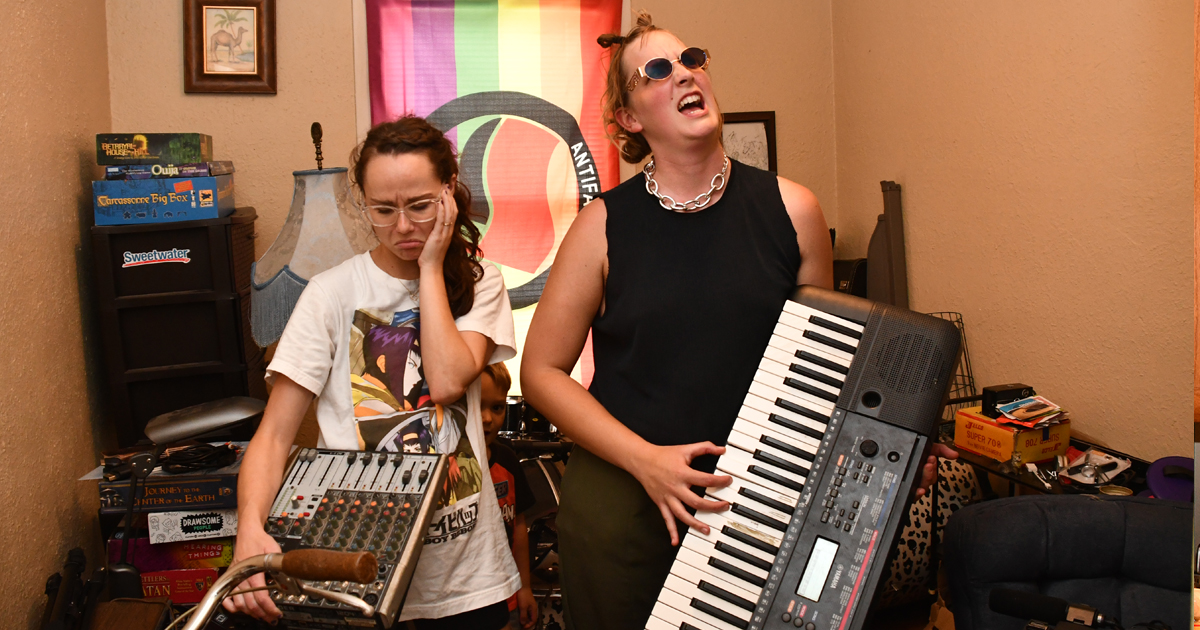 “I don’t know how this could have happened,” said guitarist Sherry Huang. “We were just making a bunch of random skronks until it feels like a song. But then I accidentally played a chord. And our other guitarist tried to ruin it by playing a different chord, but they actually sounded good together. Our vocalist tried to help by yelling at random pitches, but the words started to rhyme and it actually sounded, and I can’t believe I’m saying this, ‘nice.’ In the four years we’ve been a band we have never once tried to sound pleasant in any way. It goes against everything we stand for. Next thing we know we’ll be discussing the ethics of having a chorus.”

As news of the hook spread, long-standing fans of the band shared their outrage.

“I can’t believe these fucking sellouts,” said local music fan Bennett Bauer. “People sort of know me as ‘the guy who likes things that everyone thinks are complete piles of shit.’ The movies I like suck. The food I like sucks. I even like theater. But loving this band was a crucial component of that image, and now I’m going to have to spend a ton of time rebuilding my cred.”

“When noise bands try to become competent musicians it screws up the entire scene dynamic,” said Marquez. “Conflicted Hump-Feels were horrendous, but that made my job super easy. I never had to book them because I knew that no one was going to ever show up. Now that they have hooks, people are going to start wanting them to play shows and I’m actually going to have to respond to their incessant emails about jumping on gigs. How obnoxious.”

At press time, one member of the band has already quit, stating that they did not understand how their role as scrap metal player fits in this new direction.