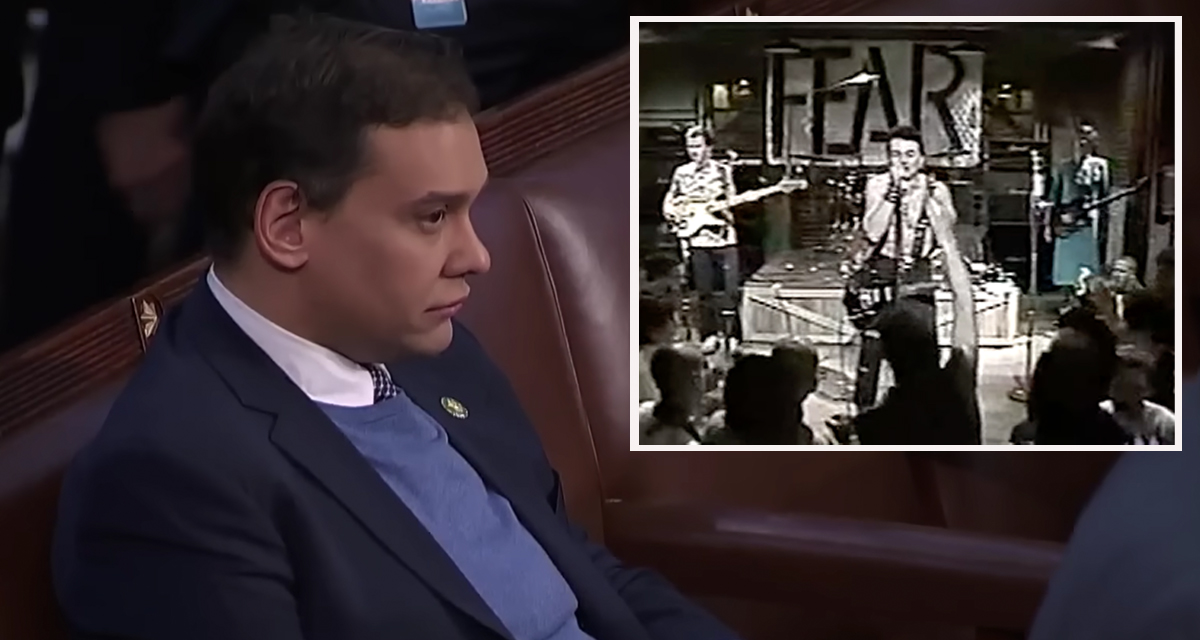 NEW YORK — Republican Representative-elect George Santos is facing more scrutiny about his personal life after overwhelming evidence began to pile up refuting his claims that he was part of the on-screen melee that took place when FEAR played Saturday Night Live in 1981.

“He’s lied about where he went to school, his grandmother escaping the Holocaust, his mother dying on 9/11, but lying about being one of the punks that destroyed the SNL set is the most heinous deception yet,” said Rep. Ted Lieu, D-Calif. “He curried favor with a lot of retired hardcore kids in Nassau County by claiming to be in studio 8H that night, but a quick fact check shows he was born nearly seven years later. This man should be impeached, this man should be punished, and this man should be brought in front of a hardcore tribunal of New York crews to see what happens when you lie about being part of NYHC history.”

Christopher Santucci, a former merch guy for The Movielife, admits to voting for Santos based on the lies he told on the campaign trail.

“You know I think it’s time for a change in New York politics and I was buying what this guy was selling. I went to one of his campaign events and he brought up how he’s ‘a New York hardcore kid through and through.’ He played YouTube footage of the set and claimed he was the guy carrying the pumpkin onto the stage before it cuts to commercial,” said Santucci. “I had no reason to doubt him, but now I’m wondering if all the other things he said were a lie. Like how he was the one that convinced Raybeez to stop using drugs, and that he was the original drummer of Youth of Today before Mike Judge took over.”

Rep.-elect Santos defended his statements about the SNL incident and claims his words have been deliberately misconstrued.

“What people are failing to understand is I never said I was there in person. I said ‘I felt like I was there that night’ because I was one of the first people to watch the video when it was uploaded to YouTube in 2010,” said Santos. “I feel like most people are missing the point here. In that video we have clear evidence of hardcore establishment elite Ian MacKaye screaming ‘New York sucks’ and as soon as I’m in Congress I’m going to hold him accountable for defamation of a great city.”

At press time, allegations that Santos lost four employees in a 2008 crowdkilling incident at a Shattered Realm show in Philadelphia are also under investigation.