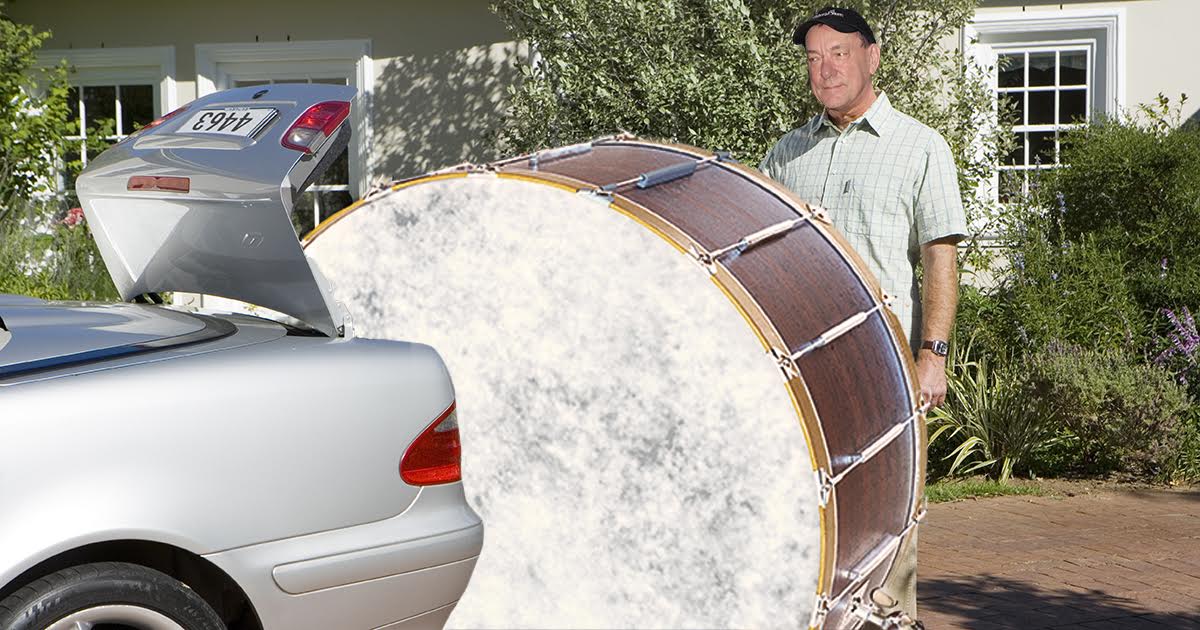 TORONTO — Legendary Rush drummer Neil Peart purchased one of the largest and shiniest drums on the market last night as a gift to himself for “being such a swell fellow,” sources close to the rocker confirmed.

“This drum serves no real purpose. The thing is 12 feet wide and a nice mahogany wood color — it definitely won’t fit in his kit. It’s basically a novelty item,” said longtime friend Loretta Perkins. “But once he decides he likes something, he’s not leaving without it. We actually had a pretty good run: six months without renting U-Hauls for him. The last time was a 14-foot nipple gong.”

Peart, however, claimed the drum’s size was not the only appeal.

“I’ve got a lot of big drums. But a big, brown drum? Didn’t have that. And when I stepped back and thought about how shiny it is, it’s like… heck, do I even have free will? I had to have it,” said Peart. “Plus, I wanted to give the drum a good home with lots of buddies. There’s no better place for this guy than my practice space.”

Peart purchased his latest drum from the Mississauga drum shop Cymbalic, whose owner claimed Peart’s patronage has been “a bit of a mixed bag.”

“At first, customers were excited to see him. He’s a god, you know? But he doesn’t talk to anyone, and usually just walks around inspecting things. Once, we had to give a customer a gift certificate because Neil ripped a snare out of her kid’s arms — he didn’t think the kid could treat it right. He’s like a crow,” said shop owner Buddy Aldana. “But his passion for drums kept us in business during the lean years. He once bought a pair of solid gold, diamond-tipped drumsticks with the money he saved by giving himself his own haircut.”

Unfortunately, Peart’s bandmates are nonplussed by the purchase.

“We’ve learned it’s best to let Neil do his own thing,” said Rush lead singer and bass player Geddy Lee. “What people should focus on is that the Jays can’t compete in their division without another big arm in the rotation.”

At press time, Toronto Police were responding to an incident at the Ontario Percussion Emporium. Peart has not responded to media requests.