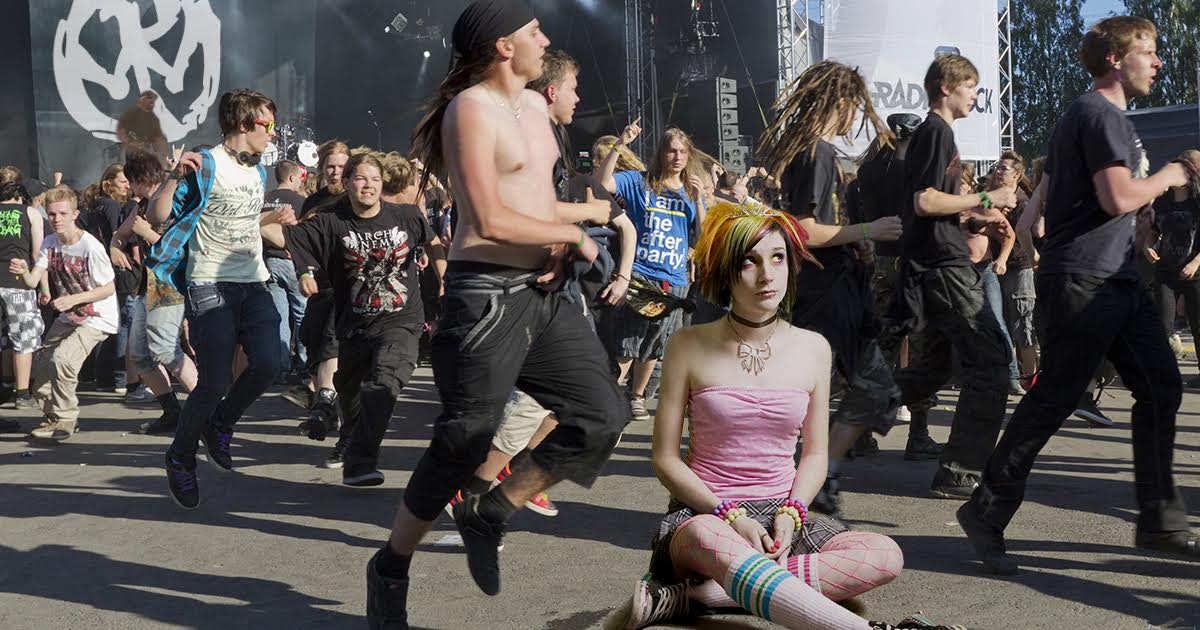 SAN DIEGO — 19-year-old punk Macy Sanders created a firestorm of controversy when she reportedly refused to stand during Pennywise’s performance of fan favorite “Bro Hymn,” the move is the latest in an ongoing culture war surrounding anthems.

“Look, this show was long as hell. My Dad made me go and Pennywise played forever. It was like 45 minutes or something insane. I was tired so I bailed and went and sat in the shade,” said Sanders. “I wasn’t trying to be disrespectful, I was just exercising my God-given right of sitting out a couple songs.”

36-year-old corrections officer and show attendee Dave Vasquez was upset by the young punk’s decision to sit during the classic song.

“Look, some things are sacred. And you don’t come to a Pennywise show to sit out ‘Bro Hymn,’” said Vasquez. “That song is a chance for everyone, regardless of religion or race, to get up and mosh and smash into one another in remembrance of the bros we’ve lost.”

The backlash to Sanders’ choice to sit down immediately became a talking point on social media with many people highlighting the fact active duty troops and veterans hold “Bro Hymn” in the highest regard.

“My brother did three tour duties in Iraq and this entitled brat thinks it is OK to just sit down during a punk rock anthem?” asked Twitter user AmericaDaBrave76. “That song represents all the shirtless servicemen who are just trying to blow off some steam in the pit while they are on leave.”

“Look, the ‘97 reissue cheapened things. Go to any Warped Tour. Any of them. Between Pennywise and other bands doing covers you’ll hear ‘Bro Hymn’ four or five times,” said Collins. “People have been sitting it out for years. Sometimes you’re too drunk or too tired or the ending of one ‘Bro Hymn’ overlaps with the start of another ‘Bro Hymn.’ So why is this a big deal now?”

A change.org petition demanding that “Bro Hymn” replace “God” in the Pledge of Allegiance already boasts 10,000 signatures while a new “Bro Sitters” Facebook group has been liked by 6,500 users and rising.