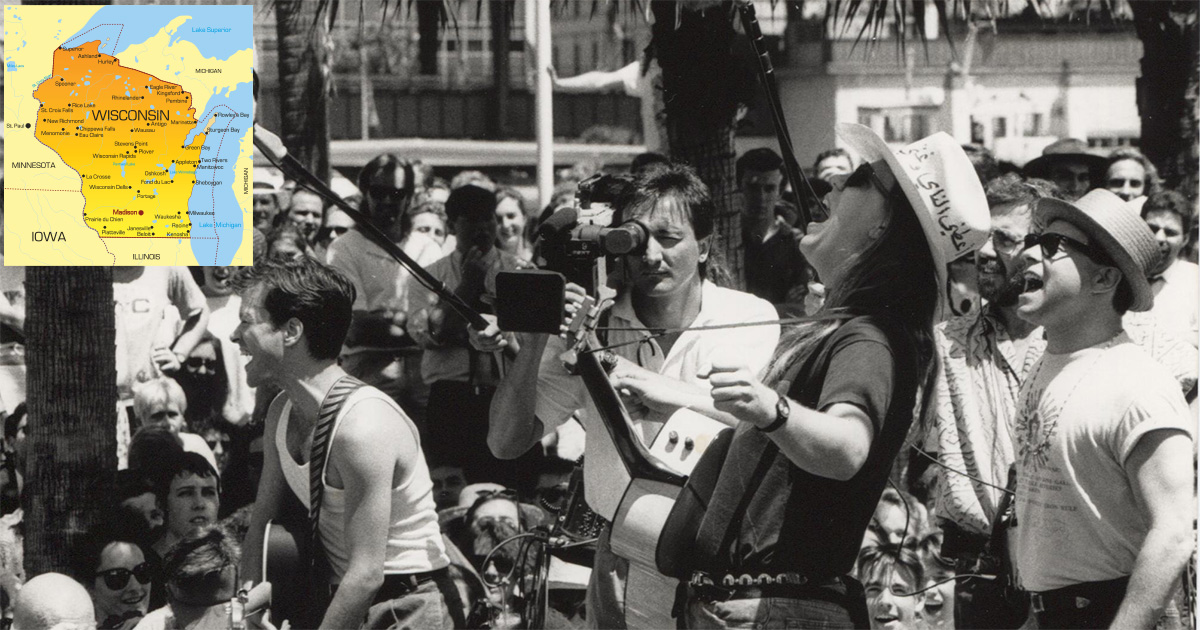 MILWAUKEE — Shockwaves were sent through all of music fandom when the world realized Canadian folk punk band Violent Femmes are in fact not Canadian but American, despite everything observable about them, fans and journalists reported.

“I was listening to ‘Add It Up’ and decided to check their Wikipedia article to see what province they’re from, and fuck me sideways, they’re from Milwaukee! Which, to be fair, is basically the U.S.’s Little Canada, but still,” said longtime fan Melanie Rankin, who similarly believed that Canada is the only country where it’s legal to manufacture acoustic basses. “I don’t know, just everything about them screams whiteness, an undefinable type of whiteness that doesn’t really exist below the 49th parallel. They have a song called ‘American Music.’ If they’re really American, shouldn’t the song just be called ‘Music’?”

Music journalists experienced crises of identity after being so egregiously wrong for decades.

“It’s a sobering reminder of why you need to fact check. I’ve written so many Violent Femmes reviews praising their work and Canada’s championing of creative artists that now look pretty stupid in hindsight,” admitted Rolling Stone music reviewer Jacob Langley. “But seriously, can you really blame me? I could swear that I’ve seen photos of them in Ottawa Senators jerseys, throwing back shots of maple syrup with Bruce McCullough. Where did that come from?”

Violent Femmes frontman and primary songwriter Gordon Gano is reportedly very tired of having to remind the world that he and his bandmates are American.

“Come on everyone, we go through this every few years. Why is this so difficult?” demanded Gano, who refused to produce a long-form birth certificate proving his American citizenship. “We are all American. I don’t even like hockey, I’m more of a NASCAR fan myself. Isn’t it obvious that our angsty incel anthems are distinctly American? Canadians don’t have that unearned sense of entitlement nearly as often. Don’t get me wrong — most of the time I wish we were Canadian, politically speaking. But we’re not. So please get your facts straight, or kiss off.”

In the aftermath of this discovery, many music fans reportedly took comfort in listening to the experimental noise-metal music of Russian project Boris.