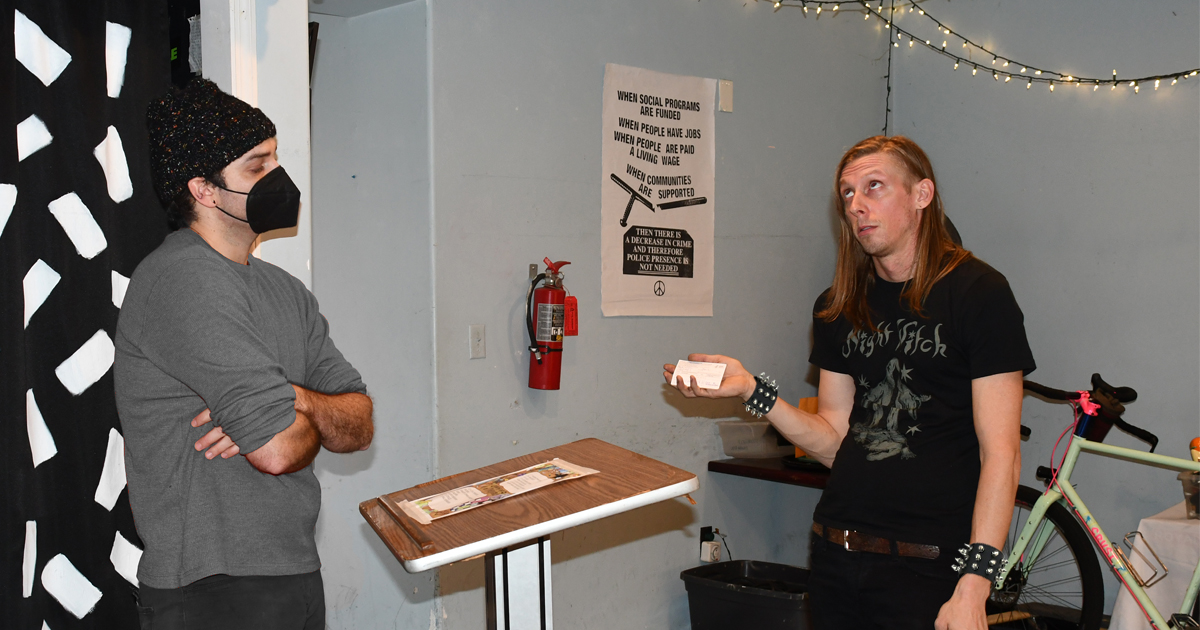 MESA, Ariz. — Local metal fan and staunch supporter of personality responsibility, Damon Rogalski was visibly annoyed when he was forced to show his vaccination status before wildly hurling himself at a wall of sprinting maniacs, confirmed sources within the venue.

“This is the definition of tyranny. When you buy a ticket to a metal show you sign an invisible contract that says ‘I expect to get hurt, I expect to get beer spilled on me, and I expect to walk out of there with a strange respiratory disease,’” said Rogalski while cramming his vaccine card back in his chain wallet. “Why am I being forced to show strangers my medical records every time there’s a huge mosh part? This is a real slippery slope, soon everyone will need to provide proof they have their flu shot if they want to headbang or a negative HPV test whenever they stagedive, it’s ridiculous.”

Venue staff reported multiple instances where people became violent after being turned away from the pit because they weren’t vaccine compliant.

“The health and safety of our guests and performers is a top priority. We understand that many of the bands on our stage scream about dismembering corpses and eating flesh, but that doesn’t mean they want to be in a room full of COVID spit,” said venue manager Eli Whister. “We have had to eject people and they do not take it lightly. One of our employees was checking vax cards last week and identified it as a forgery. The guy started violently moshing in protest, thankfully he slipped on a puddle of beer and we were able to subdue him and show him to the door.”

“Being vaccinated is the best way to beat back COVID. We have seen a lot of disinformation that says getting vaccinated makes you go bald, or makes you publicly declare your enjoyment of late-era Metallica, and that can be scary for metalheads,” said microbiologist Dr. Carlita Engelheither. “All metal-loving Arizonans can sleep soundly at night knowing the vaccine will not hinder your ability to do figure eights, chug beer like it’s the last day on earth, or grimace during a really sick riff.”

Rogalski was further upset by a new policy passed by the Arizona legislature limiting the length of spikes allowed on gauntlets.