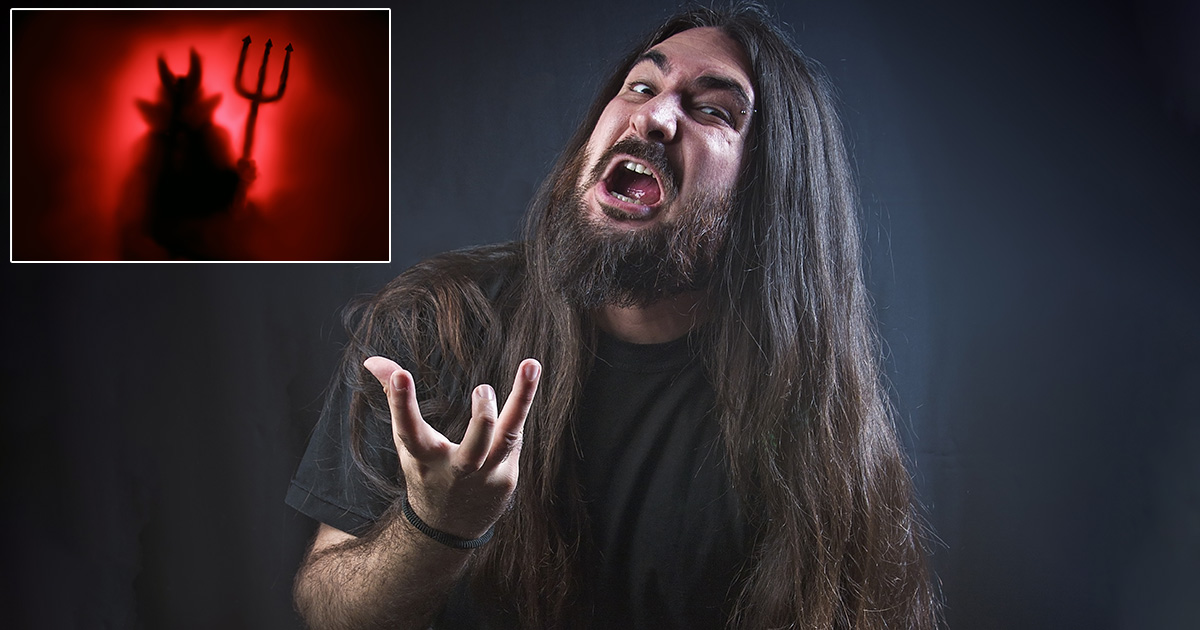 CLARKSDALE, Miss. — Local metalhead Perry Tate came across Satan himself at the crossroads and instantly sold his soul to the Prince of Darkness without ever asking for something in exchange, locals report.

“I was just so starstruck that I totally blanked. There he was, horns and all, with this contract and I just signed it in my own blood without asking for, like, telepathy or something,” Tate said after realizing he was locked in an eternal contract of damnation with nothing to show for it. “I mean you fantasize about meeting your heroes but when it actually goes down it’s nothing like you’d imagined. I should have at least asked for an autograph but I didn’t want to seem like some stupid fanboy, you know.”

The King of the Bottomless Pit, himself, even seemed taken aback by the encounter.

“You’d think he would have at least gone with the generic ‘master the guitar’ deal, but no. He just grabbed the pen and signed away. He kept telling me about how big of a fan he was, and he wanted to shake my hand, but he was sweating a lot so his palm was really clammy. It was super awkward,” Beelzebub said while filing away Tate’s contract. “I actually felt a little bad and was going to give him something anyway—like a t-shirt or a mug, but that’s not really a ‘me’ thing to do. I’m afraid once he gets down here he is going to be really clingy. I hate when they get clingy.”

“I mean, selling your soul to the devil goes back about as far as the devil himself but this idiot forgot to ask for money, superpowers, or vengeance over his enemies. This is the first time I’ve ever heard of this happening,” Father Glover said. “Fame, fortune, extended life… the world was in this moron’s hands and he froze. Well, he has an eternity of suffering ahead of him to think about what he would have asked for if he didn’t fumble this one.”

Since the encounter, Tate states that he probably would have asked the Serpent of Old to make Taco Bell bring back the Seven Layer Burrito.