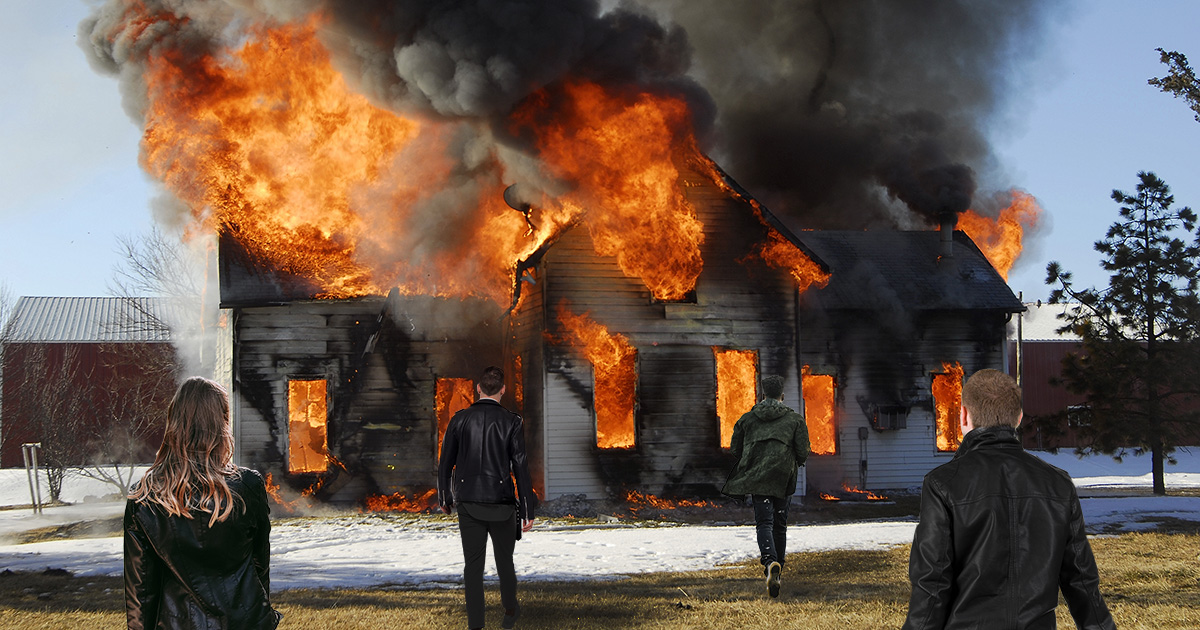 NARBERTH, Pa. — Local thrash metal outfit Gore Primordial hastily threw together an impromptu photo shoot when it was discovered a destructive house fire had broken out across town, friends of the band report.

“We had been really desperate to get a photo of the band in front of a really heinous fire,” Gore Primordial drummer Myra Byrd said after recovering from smoke inhalation. “We bought a police scanner and kept listening for when a real scorcher came over the radio. We missed out on a few because our bassist Cecil was at work and by the time we got there it was just piles of wet wood. This time we were ready and got a great picture just as the flames burst through the top story window.”

The fire department, however, was not particularly pleased with the band’s attempts.

“We have had a really curious rash of fires in recent weeks,” Narberth Fire Department Battalion Chief Emilio Campbell said after extinguishing the blaze and saving the life of a small child. “But whenever a fire breaks out these kids call 911 and ask if we can wait to put it out until they all get there. I will say that it is a real coincidence that these fires started just a few weeks before this band is set to release their new album. Somehow they all have alibis and are vouched for by the same Taco Bell employee every single time. Seems suspicious.”

“Pyrotechnics and controlled fires are actually really expensive and difficult to coordinate,” Caldwell explained. “If you can get the same shot in the wild, you are going to save tons of cash. Many bands on a budget go guerilla style by photographing poverty-stricken areas, the homeless, protest riots, and dive bar patrons. It saves you money and gives you a sense of gritty realism.”

As of press time Gore Primordial was seen loitering around the local cemetery in hopes of capturing a funeral for their next album cover.