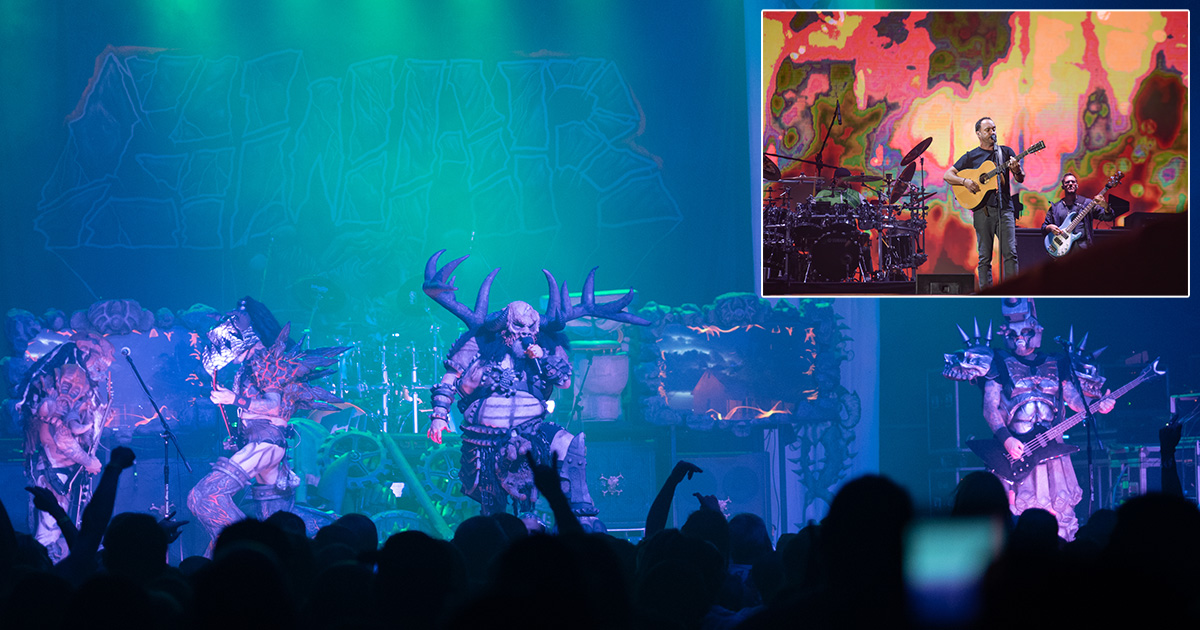 RICHMOND, Va. — Shock rockers GWAR admitted recently that despite decades of dousing their fans in bodily fluids, none of it compares to Dave Matthews Band dumping liquid feces on a Chicago tour boat.

“Over the past forty years, GWAR has committed acts so vile that mere mortal musicians couldn’t even imagine. From showering willing and eager audience members in guts and sinew, to murdering Ethan Embry, and even feeding various heads of state to a crack-addicted T-rex. But we’ve never quite reached the same level as that sick fuck Dave Matthews,” said GWAR guitarist Balsac the Jaws of Death. “Dropping a literal butt ton of poop on unsuspecting tourists admiring Chicago’s breathtaking architecture has been a dream of mine for years. And knowing that a freaking jam band out-GWARed GWAR hurts my soul.”

“It was pretty obvious from everyone else’s reaction that I was the only GWAR fan on that tour boat. Apparently these people had never been drenched in a scumdoggian monster’s semen, because they all sued the band. If anything, I felt like I needed to pay Dave for the experience. I only regret that I wasn’t wearing a white shirt that I could have kept as a souvenir,” said Blaese. “As much as I love GWAR, I don’t see how they could ever top what Dave did that day. And to answer the question everyone asks me, yes, being virtually waterboarded with DMB shit is preferable to going to one of their concerts and getting my ears filled with DMB shit.”

Despite GWAR’s jealousy, Dave Matthews insisted the incident does not represent his band.

“With all due respect to the fine creatures that make up GWAR, Dave Matthews Band is not proud of the unfortunate and disgusting incident that occurred on the Chicago River. The last thing we want is for our band to be remembered as the guys that blasted ass juice all over a major metropolitan waterway,” said Matthews. “If anything, we should be remembered as the guys who wrote the song that many elder Millennials regrettably lost their virginity to. Then after that people can remember the bridge shit spray incident.”

At press time, GWAR’s lawyers, whom the band affectionately refer to as “GWARyers,” are investigating ways in which they could legally drop an entire audience into an open septic tank.