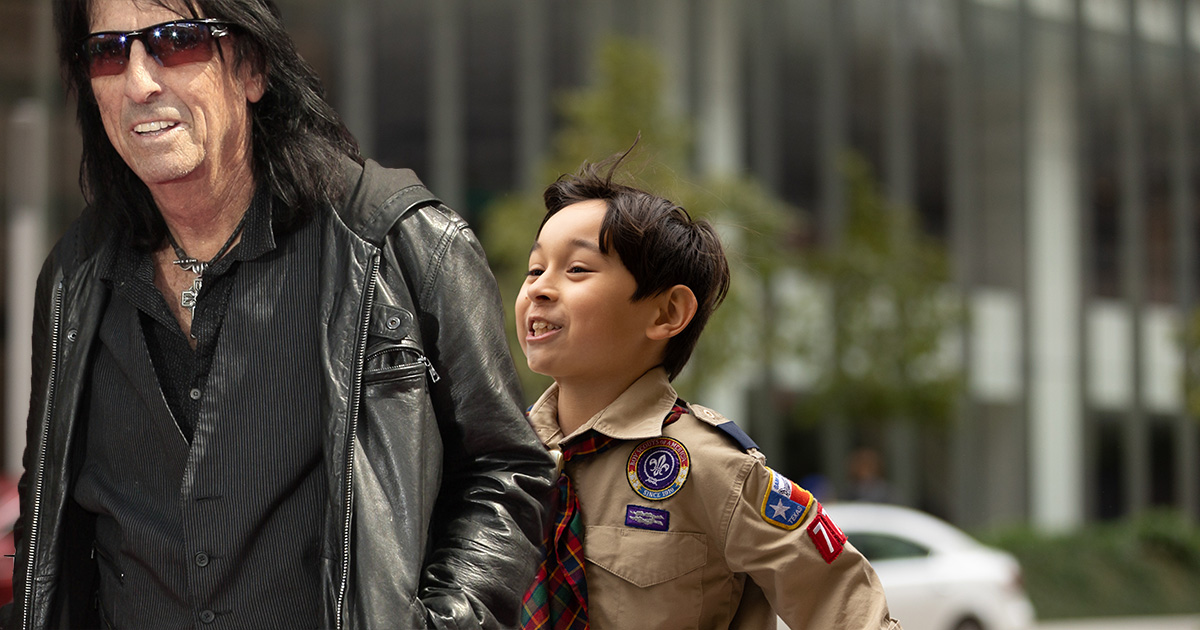 “I saw this really feeble lady with skin so pale she was almost translucent, struggling with her cane as she waited for the light, and offered to help her cross the street. She smelled like Halloween and cigarettes,” said Bolz, a Tenderfoot Scout from Troop 231. “And she must’ve been crying before I got there, because her eyeshadow was all smudged. I wanted to cheer her up — I’ve helped a lot of old ladies, but never one wearing a spiked leather jacket and top hat. After we crossed she said, ‘Thank you,’ and gave me some fake blood packets. I even got to pet the big snake she was holding!”

Witnesses reported that they also mistook the mastermind behind “Poison,” “Billion Dollar Babies” and “Welcome to My Nightmare” for an old woman.

“At first I was like, ‘Wow, what a nice thing to do for an old woman.’ But then I realized, top hat… skull cane… bats inexplicably circling above… that’s no old woman; that’s Alice fucking Cooper!” said Tess Rivers, a business owner in the neighborhood. “It’s still a nice thing to do, though — old women shouldn’t have a monopoly on getting help from wide-eyed boy scouts. Even legendary shock-rockers need a hand across the street from time to time. Old lady or Alice Cooper, they sure looked weak and sickly.”

Cooper himself said that misunderstandings like these “happen all the time.”

“This is the third time this month a young boy has helped me while I’m out doing errands. Just last week, another scout came up to me at the store and said, ‘Do you need help reaching the top shelf, ma’am?’ I can’t remember the last time I crossed the street alone or carried groceries to my car,” Cooper said while waiting as a kind samaritan pumped his gas for him. “I guess these kids aren’t watching ‘Wayne’s World’ as much anymore, but hey, I’m not complaining — I might not be an old lady, but I’m still a senior citizen. Without these scouts, it would be ‘School’s Out’ for my knees.”