Metal Song Not Even Close to Being Over 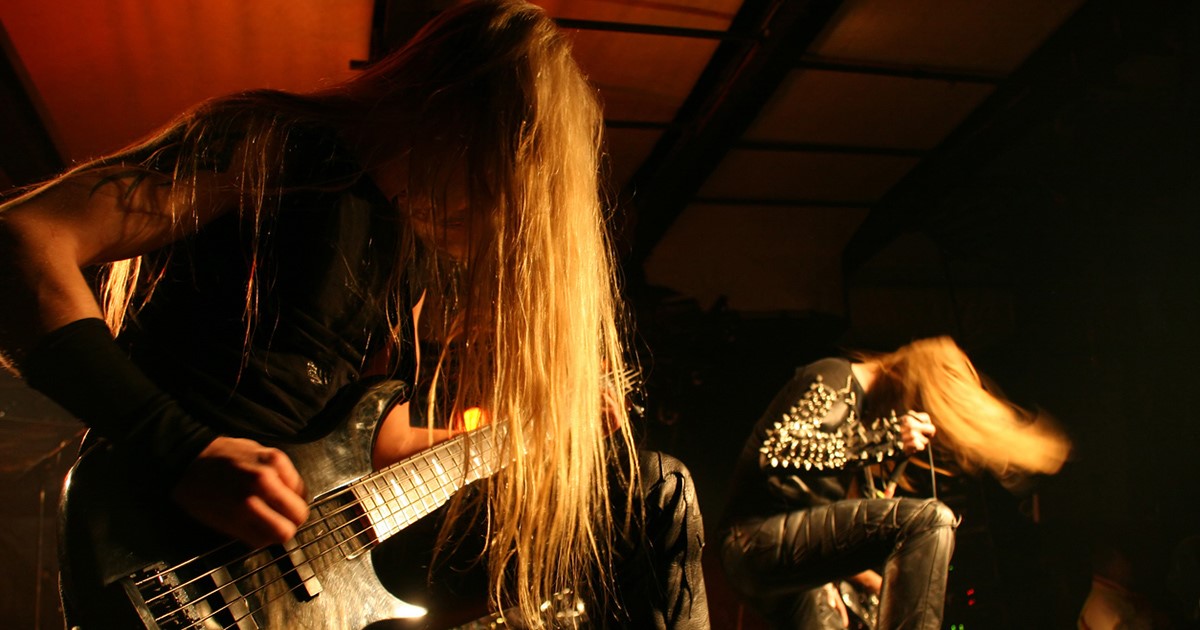 DENVER — A song by local fantasy metal band Ölüm is reportedly not even close to being over, despite entering its sixth minute a few seconds ago during a show at Pete’s Pub, zoned out sources confirmed.

“So far, there have been like, four different parts to this song… and each one is longer than the one before it,” said local punk who accidentally found her way to a metal show Cassie Chang. “And judging by the way the guys keep pretending to use their guitars as oars, I think this song is probably a story about Vikings, too? Good God.”

“The first little bit was fast and pretty good… but then things got really slow and long around the fourth or fifth weird war chant they started,” she recalled. “I figured the song would be wrapping up when they used a sample from ‘The Wizard of Oz,’ but it just led into what I think was the fifth solo. I really wish I brought a snack.”

Veteran metalheads looked toward the wayward punk with sympathy.

“If that little gal thinks this set is almost over, she’s in for some serious disappointment,” said noted metal guy Shane Compton. ”She ain’t the first punk to wander in here, expecting to see some 90-second songs all crammed together real fast. I’ve been at this show since 2011 and there’s still three bands on after this one… so she better just cut the sleeves off that shirt of hers and settle in, ‘cause no one’s going anywhere anytime soon.”

As the song entered its twelfth and still somehow not-final minute, Chang became worried for her own comfort — as well as the health of those performing.

“Jesus fucking Christ,” Chang stated. “I don’t know how much longer my lower back is gonna hold out. But at least I found a spot along the side, so I can kind of just lean back against the wall. I’m concerned for the drummer, though — this song has been going on for what feels like an hour now, and he definitely hasn’t had any water, and none of the windows in here are cracked. This might be a human rights violation.”

Across town, a local metal girl who unknowingly stumbled into a punk show missed nearly three quarters of a band’s set after leaving to use the bathroom for less than two minutes.