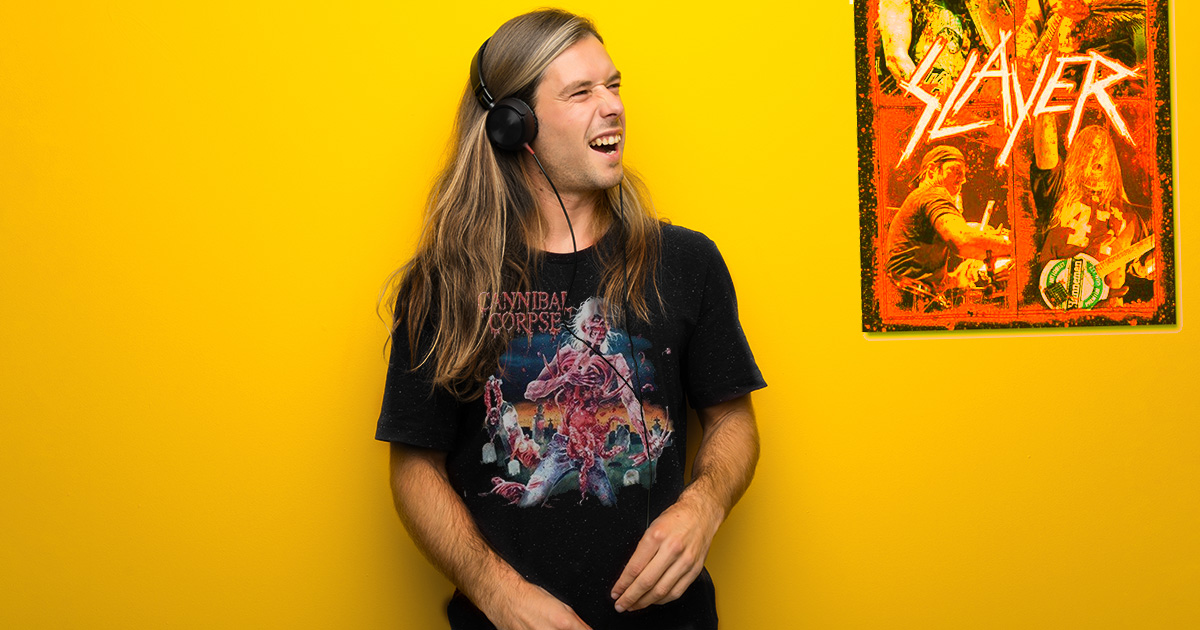 CHARLOTTE, N.C. — Local death metal enthusiast Cooper Dempsey realized that the lyrics to Cannibal Corpse’s 1994 classic “Fucked With a Knife” might be a bit abusive toward women, the man confirmed earlier today.

“I’ve been listening to this song for most of my adult life, and it never struck me that being fucked with a knife — especially against your will like the woman in the song — might be a little problematic,” said Dempsey. “I have a young daughter now, and I thought to myself, ‘Would I want her to be fucked with a knife?’ and I think the answer is, ‘Probably not.’ Now that I think about it, this is probably why my wife refuses to let me choose what we listen to in the car.”

“When it comes to dismembering women for no apparent reason, this song does seem a little bit distasteful,” he added.

Dempsey then questioned whether other of his favorite artists might be considered “sort of weird.”

“I’m actually thinking now that a lot of the music in my collection might have some undertones of violence towards women: it seems like a lot of these guys want to kidnap a women, murder her, then defile her corpse… which feels kind of aggressive. I don’t want to be part of the PC police or anything, but that’s kind of not the best attitude to have,” said Dempsey, leafing through countless metal LPs with disfigured women in various states of decay on the cover. “But if I get rid of all the extreme music I like just because their lyrics are misogynist, I’d only be left with my Nile records. Yeah, they’re sick, but hearing about opening tombs and sun gods gets boring.”

“Oh, boo hoo hoo. I’m sorry you’re so sensitive that lyrics about sticking a knife in your asshole, dragging the knife up your back, and then fucking the resulting wound would offend you,” said Krystofski quietly so his coworkers at Magnum Life Insurance didn’t overhear his conversation. “If liking brutal death metal lyrics means I hate women, then how come a woman is my boss? How come every single girl I ask out says I’m a ‘nice guy,’ but they can’t date me because they ‘have a boyfriend?’ I rest my case.”

At press time, Dempsey announced he’d be listening to more pop-punk from now on, noting it is less extreme and therefore “probably has better views towards girls.”