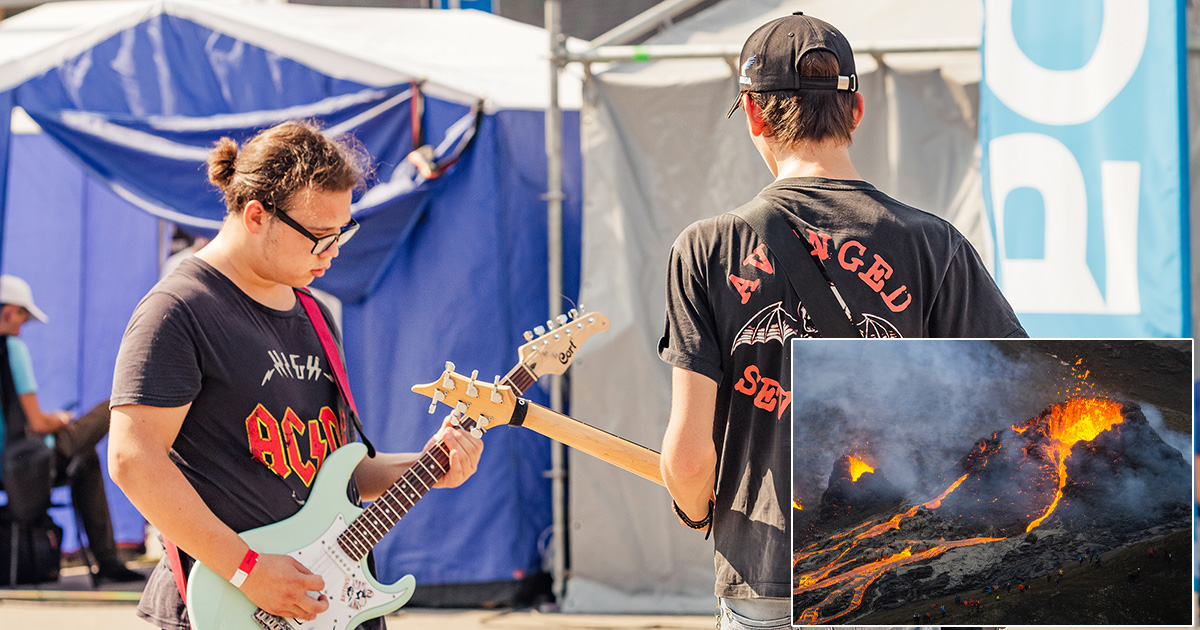 BEND, Ore. — Touring thrash metal band Vertical Gnome made the decision to toss their bass player into the mouth of an active stratovolcano as an offering to the gods of rock in the hope that they would make the band’s West coast tour fruitful and plentiful, optimistic sources confirmed.

“It’s our first tour of California, and also two dates in Reno, so we really need it to go well. We figured the best way to make sure we have absolutely killer shows is to sacrifice whatshisname to a volcano god. We just hope the volcano accepts our offering, it’s just a bass player after all,” explained guitarist Rob Stahl. “We were probably gonna turn his amp off for every show anyways, so it’s not like he’ll be missed. Trust me, he’ll do way more for this band in death than he ever did in life.”

Vertical Gnome bassist Al Wamplit gave his perspective shortly before being hurled to his eternal doom.

“For the love of fuck, this is madness! If you kill me you won’t have anyone to book the hotels or load gear at the end of the night. Think of the consequences,” pleaded Wamplit while struggling in vain to escape a fiery demise. “I swear, I won’t ask for any creative input ever again and I’ll tell my girlfriend she can’t hang out in the practice space anymore. Oh fuck, there’s so much lava! This never would have happened if I’d just joined an indie band.”

“This sanctuary was founded on the ancient burial grounds that the indigenous Oregonians used to ferry their ancestors into the afterlife. But now we have to fish stoner skeletons out of the magma pipe twice a fucking week with how these band morons treat it,” bemoaned Tucker. “And it’s not just bands. Last summer Stephen King tossed his publicist into one of these fire pits when he was about to head out on his last book tour. Granted, the book sold pretty well – but I don’t see how not having a publicist helped him at all.”

At press time, Vertical Gnome gave their sacrificial companion a solemn nod before heading off for their first big show at a dive bar in Bakersfield, California.