Metal Band Debating Who Will Be the One with Short Hair 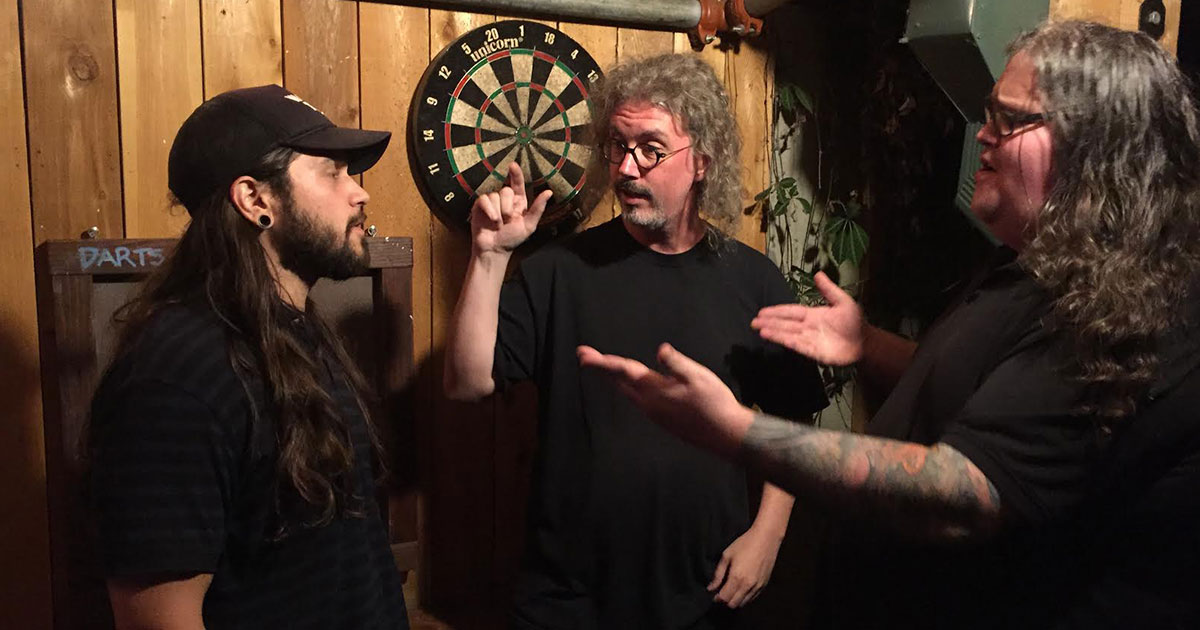 CLEVELAND — Tensions erupted earlier this week when local metal band Six Inch Fetus struggled to determine who would be the one member required to have short hair, according to sources close to the group.

The trio allegedly almost came to blows during the beer-fueled argument about the necessity for one well-groomed musician.

“We really want to go to the next level and be taken seriously,” said guitarist and singer Tommy Russo. “Every truly successful metal band has that one dude with a proper high fade or messy fringe. Unfortunately, no one is willing to step forward and actually make the sacrifice. Right now, we just look like a bunch of hairy jamokes.”

All members of the outfit have at least shoulder-length hair, with drummer Michael Turner in the lead with an impressive 38-inch mane. “I’ve been growing this shit since eighth grade,” Turner said. “If I didn’t cut it to save my marriage, I’m not cutting it for these guys.”

A consensus was thought to be found when the other members noted Russo already shows signs of male pattern baldness.

“We tried to talk him into shaving his head completely, like Rob Halford or Jens Kidman,” said bassist Colin Broome. ”But he said he has a weird-shaped skull, so we’re back to square one.”

While metalheads often cite Metallica as a “Samson-esque” group that lost power after cutting their hair, at least one expert believes that is not true.

“Most would agree Bruce Dickinson has still got the goods,” said metal historian Donald P. Benson, PhD. “And on the other hand, Dave Mustaine still has long hair, and he’s the biggest douchebag there is, historically speaking. John Baizley, Brann Dailor, most of the dudes from The Dillinger Escape Plan, just to name a few — all have short hair. Fact is, we’ve entered an era where long hair doesn’t necessarily legitimize a metal band.”

A source close to the band reported that Six Inch Fetus has tabled the hair discussion, and is now considering having a member who always wears a unique hat.