Merch Guy Folded and Crammed Into Box Until Next Gig 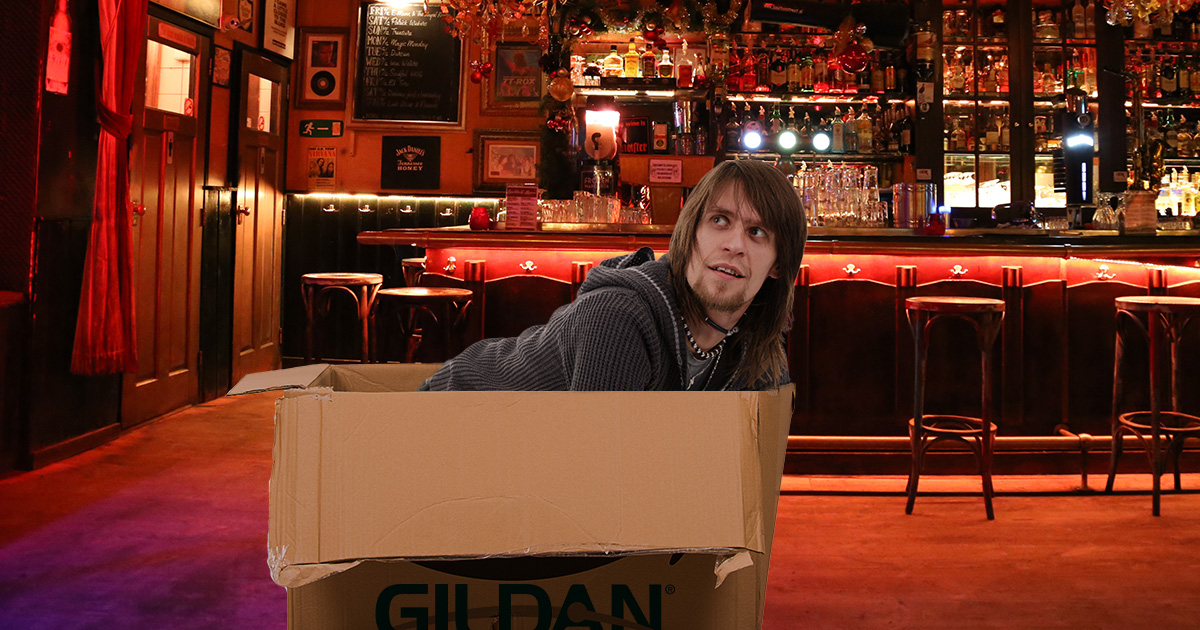 VANCOUVER, Wash. — Howard Ramirez, the longtime merch guy for the metal band Hellspawn, was folded and crammed into a box by members of the band after last night’s show at the Rickshaw Theatre, shocked onlookers confirmed.

“I know the tour van looks big enough for the band and me, but once you account for their girlfriends, the guy who sprays goat’s blood on them while they play, and just their general tendency to stretch out in the back seat, there isn’t enough room for me,” explained Ramirez through one of his air holes. “It’s okay though, I get to ride in the trailer with all the instruments and we have a blast back there. I do lots of yoga between tours to stay flexible and I get to keep the tips for any shows that fall on a Tuesday. I’ve always wanted to be in a touring band, so I’m just doing this until my solo black metal project takes off anyways.”

“The merch guy folding up a bunch of shirts like he was making his bed and then hopped in afterward with his head between his legs. I’ve never seen anything like it,” said Mitchell. “I thought maybe it was a joke or something, but then the drummer put a padlock and chain on the box and wheeled it backstage. Then I saw their sound guy get wrapped up in all of the cables and crammed into a road case. I ended up leaving my shirt behind. I don’t think I can keep listening to Hellspawn. This shit was too fucking weird, like a sick ritual or something.”

Hellspawn frontman Augustus Demonicus was nonchalant when asked about his band’s unusual treatment of its crew.

“Touring isn’t cheap these days, so if you aren’t an active member of the band then we have to treat you like our gear. Besides, it’s all a part of our plan,” explained Demonicus, with a wink. “We need to make sure we have space for the things that bring us peace. For example, we keep a lot of books on the bus! Just the other day I was reading an old text about a sorcerer who made a deal with a demon to torture his disciples in exchange for great power. Nothing to do with the merch guy in the box, by the way. Just a thing I was reading.”

As of press time, the members of Hellspawn have been arrested for human rights violations and are currently being questioned for what detectives have described as “extreme occult behavior.”