Mathematician Proves X Gonna Give It to Ya 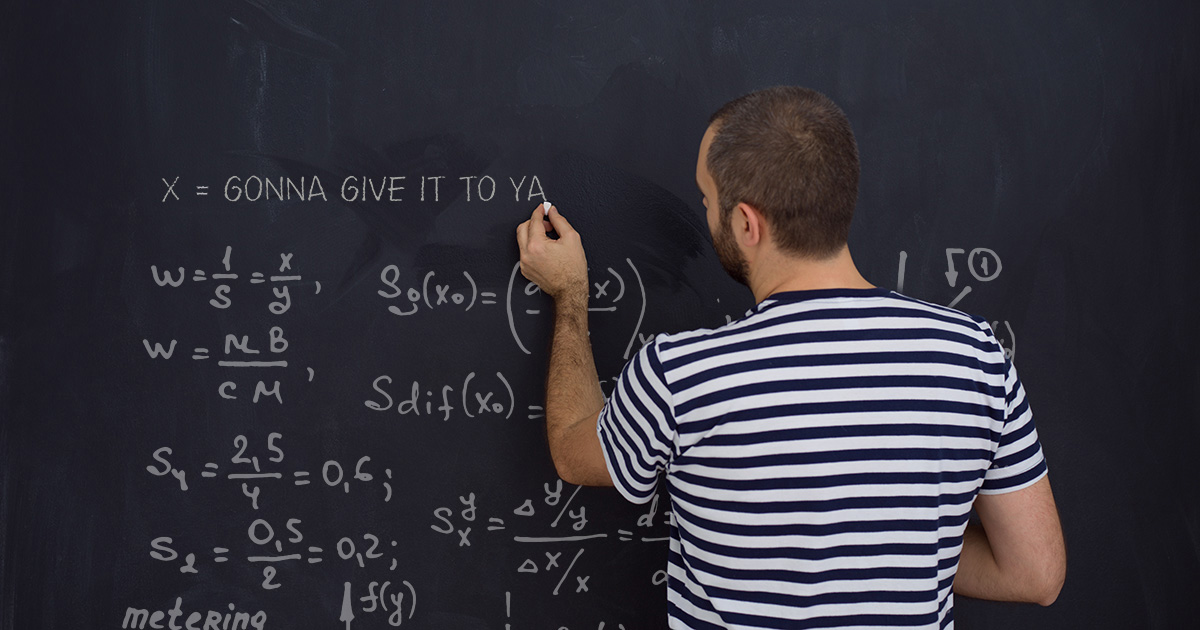 BALTIMORE — Mathematician Douglas Campbell proved yesterday that rapper DMX’s controversial “Dark Man X Theory” is true by demonstrating, by way of variable ‘X,’ that X it is gonna give it to ya, according to stunned sources at the Joint Mathematics Meeting of the American Mathematical Society and Mathematical Association of America.

“It took 10 years of trial and error to confirm this conclusion,” said Campbell after presenting his paper Non-stop, Pop-Pop, and the Inevitability of X: Stainless Steel Epistemology. “There can be no doubt: X will hit it with full strength. I’ve been doing this for 19 years, I put in work, and it’s all for the kids.”

Campbell first made a name for himself in 1998, when he applied mass-energy equivalence theory to prove that rapper Chuck D’s uzi could not possibly weigh a ton. He later became the target of a 2013 Kendrick Lamar diss track, after disproving the rapper’s theory that a penis the size of the Eiffel Tower would have the proper length and girth needed to penetrate the earth’s core and bring it to sexual climax.

“I truly believe that other scholars are jealous, and that is why they are constantly coming at me,” said Campbell. “After all, I am the only Fields Medal winner to have been part of the Warped Tour, at which I presented my controversial X < Jake = X > Ezra equation in 2009.”

The Dark Man X Theory has been hotly contested, ever since renowned mathematician Earl Simmons proposed it in 2003.

“I tried to tell Dr. Simmons that X could represent a variety of things, but it’s hard to argue with a man who can walk two bulldogs on a chain while popping a wheelie on his motorbike,” said Sir Roger Penrose, the renowned Emeritus Rouse Ball Professor of Mathematics at the University of Oxford. “I accepted his conclusion, however, after he found a critical flaw in my own attempts at proving his conjecture: I had applied a Laplace transform rather than a Fourier transform, and it is well-known that Laplace transforms only apply to well-behaved functions. There is nothing well-behaved about how Ruff Ryders roll.”

While Campbell’s reputation as a “loose cannon mathematician” and killjoy has made him unpopular in his community, his peers have been unable to disprove his latest findings.

“Fuck what you heard — it’s what you hearing,” said visiting Professor of Thuganomics John Cena. “And what I heard today is incontestable proof that X is gonna rock, roll, and pop all over us.”