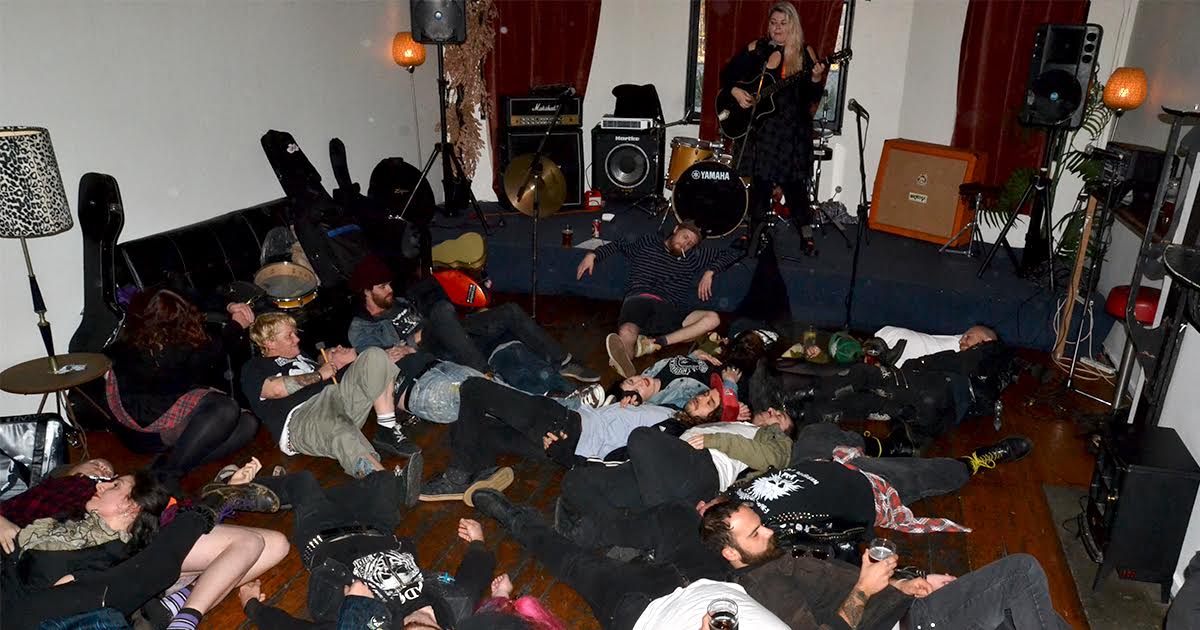 “We haven’t completed full autopsies yet, but after scanning the crime scene, it sure looks like they all put arsenic in their craft pear cider,” said police Sgt. Carla Ellis. “178 dead people. The exact same amount of people who like and follow Marcy Morrison on Facebook. That can’t be a coincidence.”

Early reports show the victims had gathered inside the popular DIY music venue The White Knight earlier in the evening, where they watched the singer-songwriter perform during their last moments on earth.

“They seemed pretty wasted,” observed bartender Rufus Goldberg. “They were knocking back that cider like there was no tomorrow. When they started collapsing one by one, I just figured they were all lightweights. I mean, they’re indie-folk fans, for God’s sake.”

After a stint as lead singer for cowpunk band The Acquired Tastes, Morrison went solo in 2012, releasing a string of low-profile folk albums. Her music struggled to develop any kind of following until two years ago, when Marshall Appleside, an eccentric preacher, started a fan club.

“[Appleside] posted transcriptions of Marcy’s lyrics online with all these weird annotations about ‘comet fire cleansing the Earth’ and ‘souls drifting forever in the void of space,’” said Deandra Huff, Morrison’s manager. “Really intense guy; he always smelled like pears. And his interpretations were way off-base. But he was always sharing and retweeting Marcy’s stuff. Huge signal-booster — did wonders for our SEO.”

As Appleside’s cult slowly grew, followers showed their devotion by pre-ordering all of Morrison’s releases and carving the URL to her SoundCloud page on the chests of new initiates. So far, authorities list Appleside as their prime suspect in the suicides.

When reached for comment, the shellshocked cult musician expressed profound remorse for her loss.

“Did any of them tweet about my new record before they died?” Morrison whispered. “I really need some positive feedback on my new, electro-country sound.”