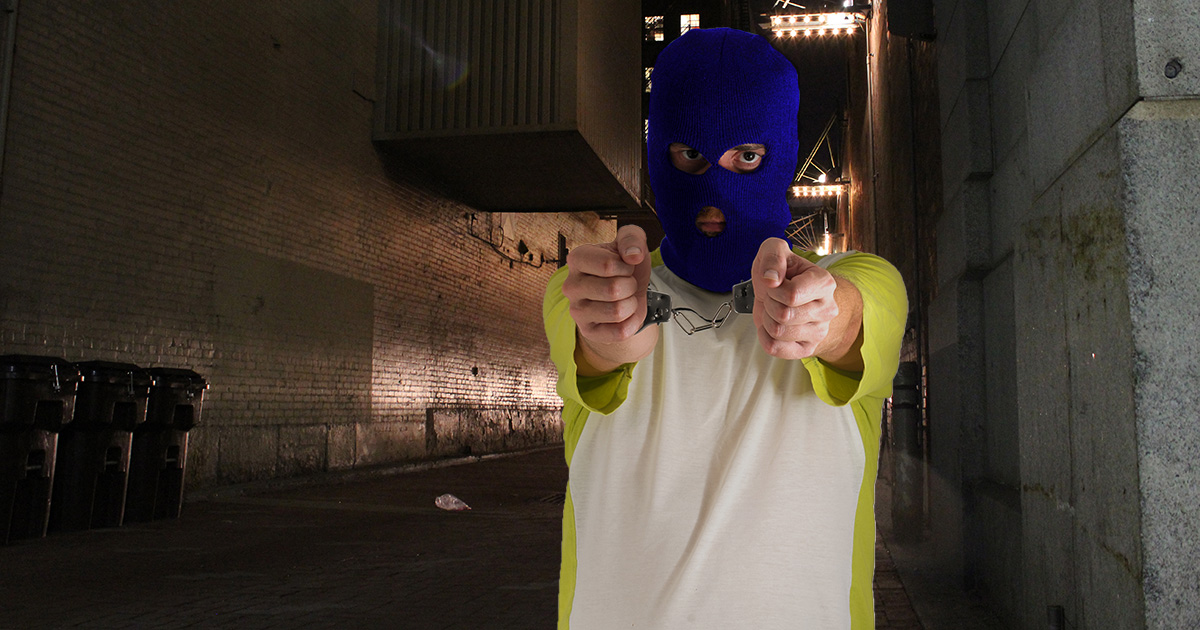 SAN FRANCISCO — Members of Masked Intruder were placed under citizen’s arrest today by fellow punk band Bad Cop/Bad Cop at the FlopFest music festival after being mistaken for actual criminals.

“We were just loading our gear into the van after our set,” Masked Intruder frontman Intruder Blue explained. “Outta nowhere, we heard a bunch of screaming to ‘drop the amps’ and ‘stay where we are.’ I blacked out for a second… and woke up with my face in the dirt and a knee in my back, with someone yelling about a ‘special place in hell for gear thieves.’”

The band attempted to explain their gimmick to Bad Cop/Bad Cop guitarist Jennie Cotterill, who stood by the actions of herself and her bandmates and attempted to locate event security.

“It was an honest mistake. You see a bunch of dudes in ski masks hauling equipment into a van… what were we supposed to think was going on? I brought over what I thought was a security guard, but it turns out it was just a guy in a cop costume that they bring on tour with them,” Cotterill said. “I admire [Masked Intruder]’s dedication, though. It’s fuckin’ hot out, man. Loading gear’s bad enough when you’re not being smothered by a knit cap.”

Intruder Blue admitted that this was not the first time the masks had been an issue.

“The bank can be tough. Liquor stores, too. One time we locked our keys in the van, and there were at least three cruisers there by the time we got the door open,” said the singer, who seemed unphased by the situation. “But every time there’s a run-in with the law, we get a bunch of new material out of it: three songs from our last album were about a time I was doing some yard work at my mother’s house and a neighbor chased me away with a rake because they thought I was casing the joint.”

Early reports indicate that later that day, another altercation occurred between the Methadones and the Adicts, but both bands declined to comment.