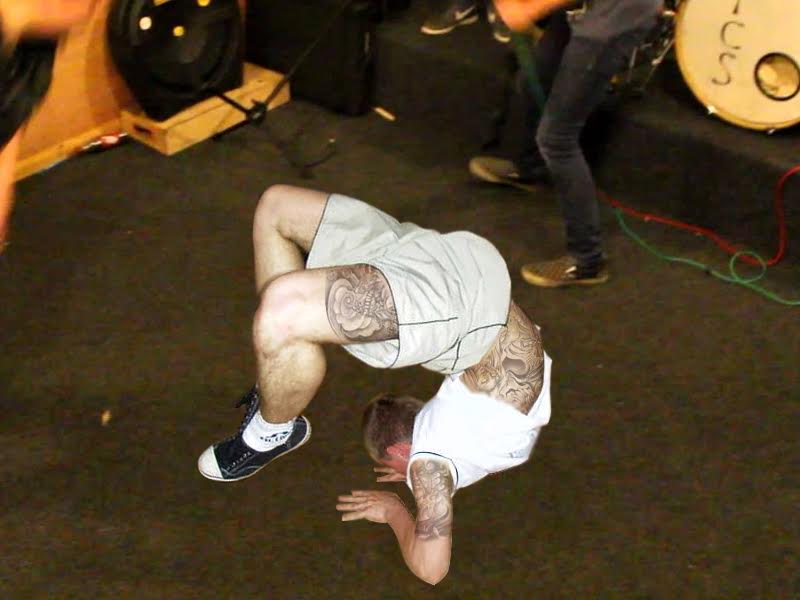 SAN ANTONIO – One man is dead tonight after suffering an apparent brain injury at a local concert, with witnesses reporting Steve Carlyle trampled himself to death while participating in a one-man mosh pit. He was 26.

The incident took place at a show featuring local grindcore act ManTwat. Carlyle was one of about 20 people in attendance, and the only person in the pit at the time.

“You hear about the dangers of mosh pits, but you never expect something like this to happen,” said showgoer Amanda Gonzalez, still shaken up by the scene. “The occasional bloody nose or twisted ankle is commonplace, but to see a person trample himself to death in front of you? I will never forget his last words: ‘Why the fuck aren’t you pussies dancing?’”

Despite the chaotic scene inside the pit, the band continued to play.

“It didn’t seem out of the ordinary at first. He was throwing lots of spin kicks — standard stuff, sort of like the whole ‘fighting invisible ninjas’ thing. Between you and me, he looked like a complete idiot,” said ManTwat frontman Chase “Sausage” McLain. “Suddenly, right before the breakdown in ‘Jesus, Lord of the Worms,’ he just started kicking himself in the face, like 15 times, and flailing like a madman. It sort of looked like he was on fire while be attacked by wasps.”

Those in attendance reported Carlyle rendered himself unconscious after repeated self-inflicted blows to the head and a misguided attempt at a front flip.

“We thought it was some gnarly new dance we hadn’t seen, and I made a mental note to ask him what he called it,” said guitarist Leech Fuller. “But I never got the chance. He was already in an ambulance by the time our 12-minute set was over.”

Audience members were shocked at the violence of the incident. “It went from hilarious, to groan-worthy, to sad, to tragic,” said bartender Mark Martinez. “Then — if I’m completely honest — right back to hilarious again, but yeah, RIP and best wishes to the family.”

Carlyle is survived by his pet snake Jasper and over 50 message board profiles he used to harass women online.