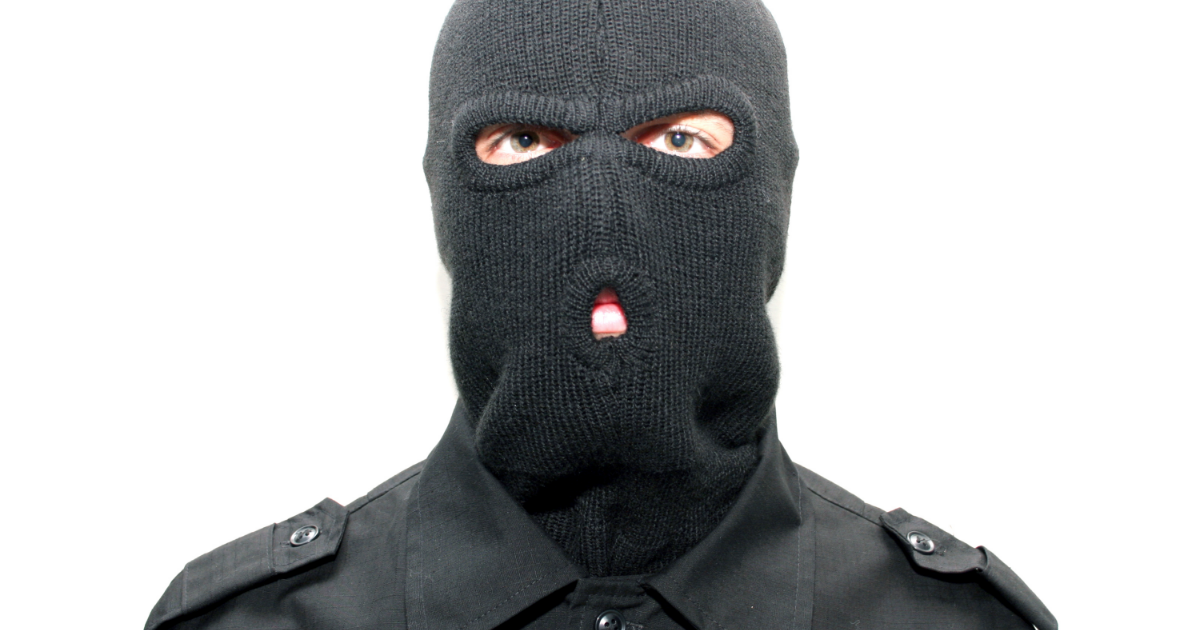 “We were waiting in line for the record release show when I went to get cash from the ATM,” said Ray Snyder, who noticed Rice approaching the bank, wearing a ski mask and carrying a knife. “I recognized him right away. I mean, who wears a ski mask and pretends to rob a bank? That’s classic Masked Intruder stuff. He was probably promoting the show.”

Snyder quickly texted his friends to meet him at the bank — where Rice was soon overwhelmed by the amount of attention and forced to abandon the robbery.

“That’s the third time this month,” said a dejected Rice. “I’m trying to put food on my table, but I can’t walk into a fucking 7-11 without some punk pestering me with questions like, ‘Does Red have dark hair? I picture him with dark hair.’ Or, ‘Are you and Intruder Pink dating?’ What the fuck does this mean? I’m happily married!”

Despite the unwanted attention, many Masked Intruder fans remain insistent that Rice is in the band, and applaud his determination to “commit to the bit.”

“Yeah… he’s obviously just keeping up the secret identity thing,” said Julie Medina, another Masked Intruder fan who’s seen Rice in public twice now. “He’s always saying stuff like, ‘Put the money in the bag before this becomes a fucking execution!’ Classic Intruder, if you ask me. I bet that’s a lyric on the next album.”

“He might want to consider a different ski mask color, though,” added Medina. “Because, come on… Intruder Black? It’s a little insensitive.”

Rice allegedly made another robbery attempt after the bank — this time, at a nearby liquor store, where several witnesses confirmed the actual members of Masked Intruder gathered to watch.

“Honestly, we’re honored,” said Intruder Yellow of the violent robbery attempt. “Night after night, year after year, we’re up there, giving our all for our fans, and sometimes… I don’t know. It’s just kinda nice to sit back and be the ones who are entertained, for once. I’m happy to throw that kid some merch if anyone happened to catch the number on his plates.”

Meanwhile, Rice contended that the “cutesy criminal” aesthetic of the band gives “hardworking thieves” like him a bad name — and admitted that he would rob the band “without hesitation” if he were able to identify their names, locations, or faces.