Man Lies to Guitar Center Cashier About Finding Everything OK 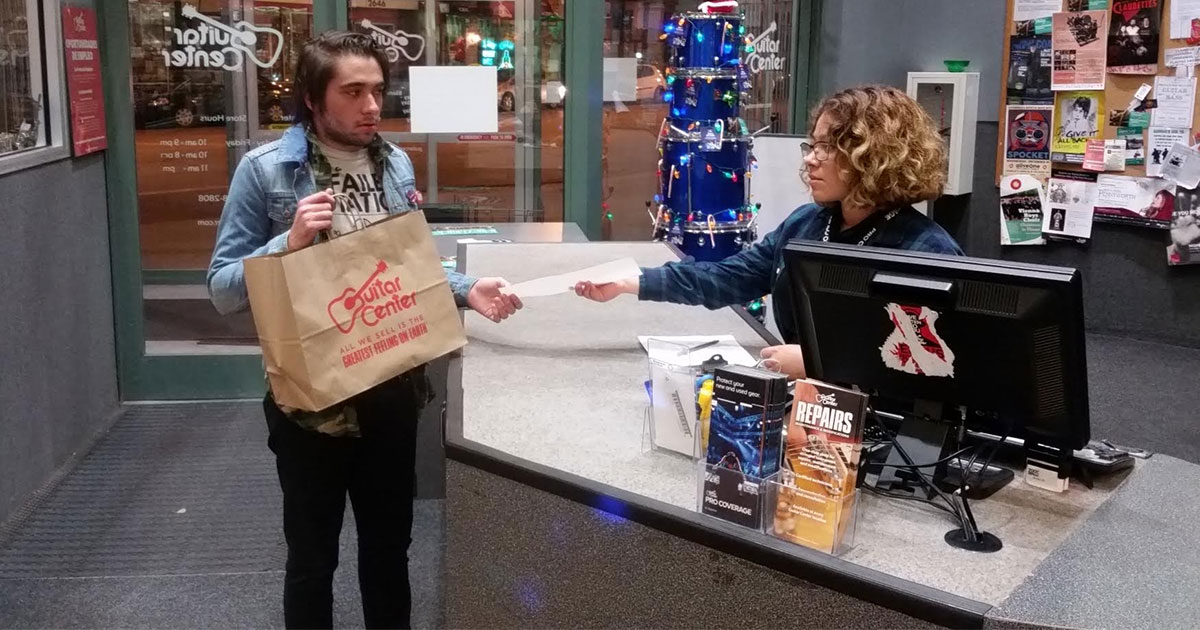 BOSTON — Local woman Karen Peters was disappointed and annoyed Monday afternoon by Thomas Fisher, her long-time boyfriend, who responded in the affirmative to a Guitar Center cashier asking Fisher if he “found everything OK.”

“We came in here for one thing — which he never even found — and he ended up buying the sheet music for ‘Bohemian Rhapsody’ and a set of Black Sabbath coasters,” Peters said. “Ugh, we’ve been here, like, two hours.”

According to Peters, she and Fisher, a guitarist in punk outfit S.P.L.A.T., went into Guitar Center while out doing other errands “just to grab some strings.”

“I settled in, though, because I know how he is,” said Peters, sitting on a Sammy Hagar/Cabo Wabo stool. “This is a big place and he’s really easily distracted.”

Fisher’s sense of what he was looking for, and where it would logically be located, allegedly disappeared completely upon entering the music equipment superstore.

“He walked in, intentionally avoided eye contact with every sales associate, and went straight for the drum room,” said Peters. “I mean, I’m no Eddie Van Halen or anything, but I know guitar strings aren’t typically with the drums.”

Peters claimed she was unsurprised to see Fisher escorted back onto the sales floor by some members of the staff after somehow ending up wandering around in the break room.

“I was trying to eat lunch,” said Brad Sullivan, a pro audio department employee. “I asked him if he needed something, but he said he was ‘just looking.’ Then he stood there a long time and pretended to read the bulletin board and the time cards and stuff. It was pretty awkward.”

Peters was less amused. “Security laughed about it, but I’m going on vacation to Florida with this dude in a few weeks,” she said. “If we disappear in the Everglades, you’ll know whose fault it was.”

Fisher himself couldn’t be reached for comment, as he couldn’t find the front exit and instead went out a fire door, triggering the alarm and causing an evacuation of the building.