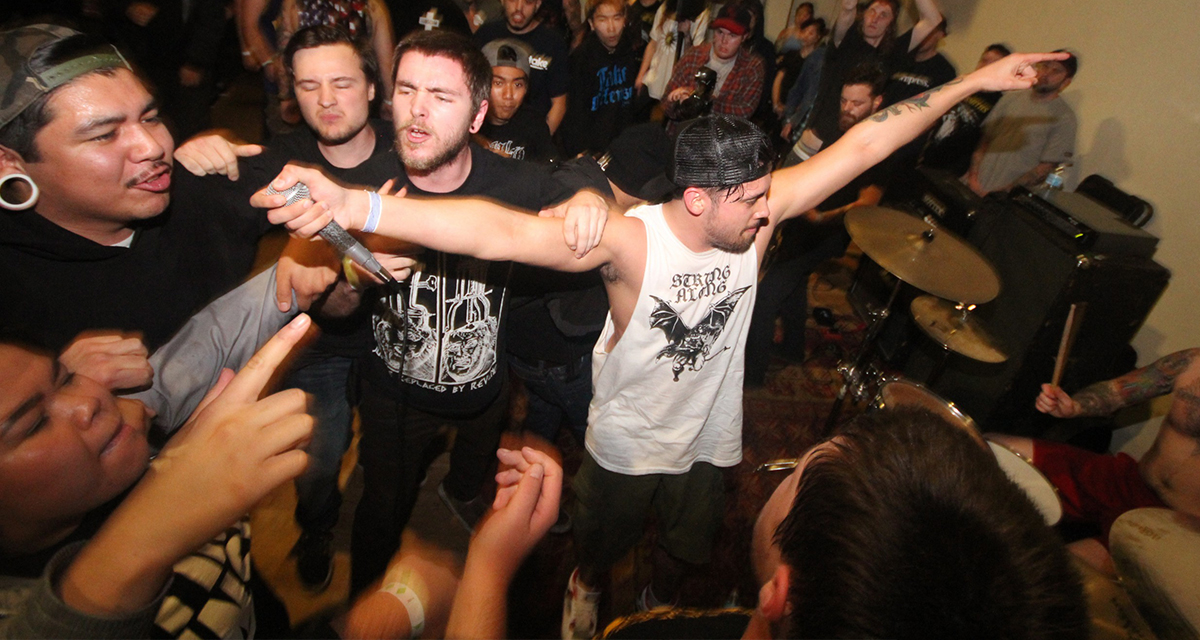 CHICAGO – Fans of popular hardcore band Without Mercy were outraged this weekend when they discovered that a man was clearly just yelling gibberish during a popular sing-along part of the band’s hit song, “Time to Die,” multiple heavily tattooed sources confirmed.

“I was going along doing my thing singing it back and then, out of nowhere, there was this guy climbing all over my back and yelling nonsense into the mic,” said Without Mercy fan Brendan Burke who was the first to notice the unforgivable behavior. “I spent lots of time in my car memorizing all these lyrics so I know for a fact this guy was screaming the wrong words. It really threw me off my game and I missed a crucial pile-up.”

Fans were further bothered when the man started clapping before songs had ended and was caught trying to sing along to a new, unrecorded song.

“This guy was a complete goon. He was even trying to mosh between songs. I kept thinking ‘Why are you here man? Do you even know this band?’ every time he pulled that crap,” said scene staple Mike Hobart. “When TJ, the singer, said, ‘If you know the words, stand up front,’ this guy had the nerve to push past me and start pounding the stage. Ridiculous, man.”

Members of Without Mercy were understandably irate at the young showgoers attempt at participation.

“Sing-alongs are a time-honored tradition at hardcore shows,” said Without Mercy guitarist Keith McKenzie. “Historically, they have identified who knows the lyrics the best, which also proves who likes the band the most – and has the most credibility. Randomly yelling nonsense like that is an insult to everything hardcore stands for.”