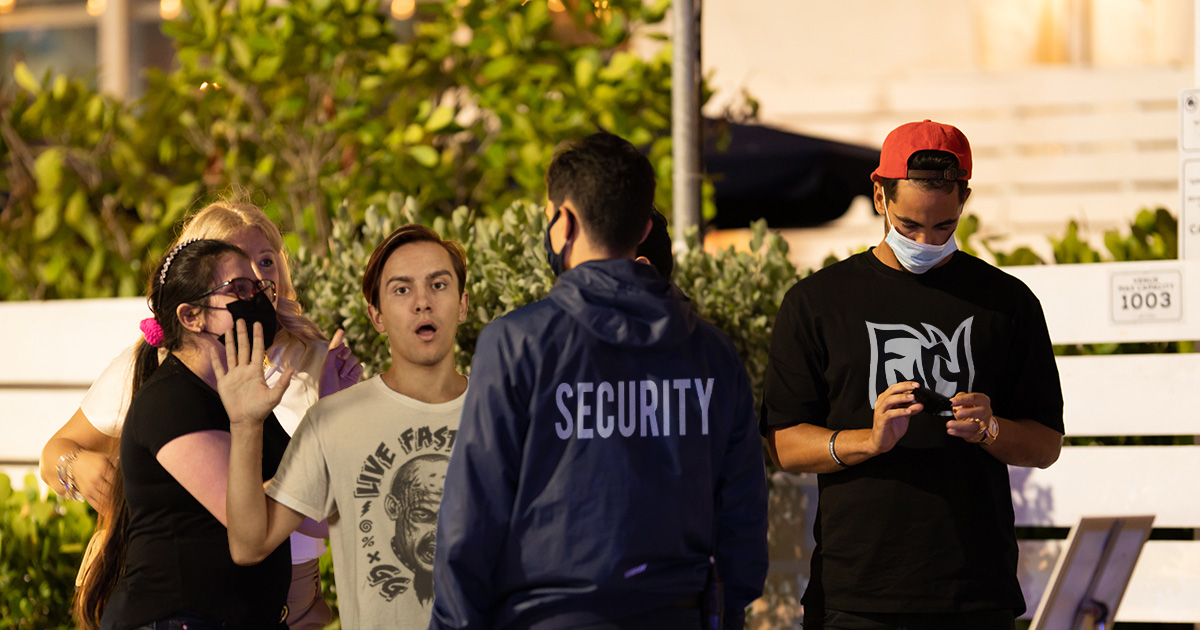 AUSTIN — Turnstile show attendee and guy in a GG Allin shirt Mark Creston was searched by security twice following a fecal matter-related incident at a recent performance, according to sources who swear it wasn’t them.

“We kept hearing this crowd wasn’t going to be a problem so we all thought this was gonna be just an easy evening of waving people through,” said Mohawk Austin head of security, Dale DeVargas. “After hearing about what happened in Santa Cruz, we’re dedicated to working tirelessly to keep the bands, their fans, and all known surfaces outside of the restroom free of fecal matter, and we’re starting with this shifty-eyed motherfucker in the GG shirt. I wasn’t born yesterday.”

An irate Creston claims to be unfairly profiled.

“Look GG was the true king of rock and roll, and yes he threw shit, but that doesn’t mean I’m going to,” Creston exclaimed. “Do you think every fool in an Ozzy shirt is gonna bite a bat’s head off? This is classic discrimination and anti-GG slander. I’m just here to get my time up there doing flips off the stage while some band plays, just like everyone else.”

A venue employee, speaking on condition of anonymity because they were told they needed to be nice to every potential customer, claims that Creston is well known by venue staff.

“I try to give everyone that comes in here the benefit of the doubt, but that guy lost those privileges the third time he ‘must have accidentally stepped in dog poop,’” they explained. “He always smells like shit then stinks this whole place up. I think he comes in with his pants already filled, so the fact that everything lined up to this exact moment is probably like reaching nirvana to him.”

During Creston’s secondary search a manifesto was found indicating the potential use of up to three more bodily functions.