Lost Child at Gathering of the Juggalos Probably Better Off 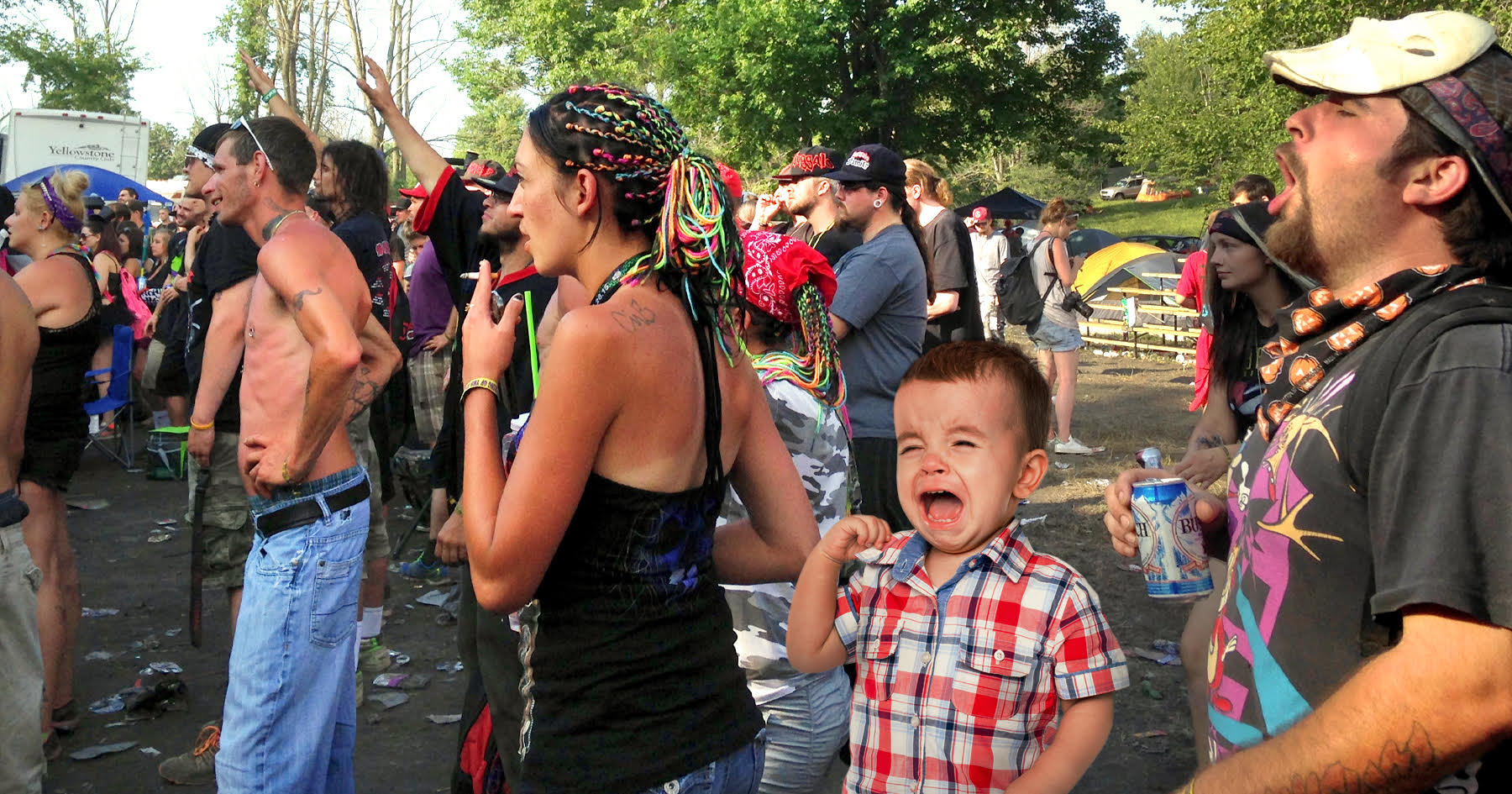 SPRINGVILLE, Ind. — Authorities patrolling the annual Gathering of the Juggalos decided to make no attempts last night to reunite a lost four-year-old child with his parents, realizing his quality of life would be much better if he learned to fend for himself.

“Well, naturally, our first instinct was to find this child’s guardians,” Springville Police Chief Bradley Schoonover said. “But then we saw his face was painted like a demented clown, and he wasn’t wearing pants — all he had on was an XXL tee that read, ‘I’m A Freak Show.’ We really had to think of what was best for the child, and ultimately, that was pointing him towards the woods and wishing him luck.”

Local EMTs examined the child, who only answered to the name Whoop Whoop!, and determined he was in good overall health, despite slight malnourishment from a diet of nothing but Faygo and Flamin’ Hot Cheetos for most of his short life. Authorities later asked the child to name his parents, to which he reportedly answered, “Piggie and Hatchet Ninja.”

“Best case scenario is a pack of wolves brings him in as one of their own. If that happens, by the time he reaches adulthood, he’d be a more acclimated human being than if we gave him back to his parents,” DCFS social worker Amy Tellmen told reporters. “I’ve seen it before. I guarantee you, when we find his parents, there will be more samurai swords in that child’s house than toys.”

As per legal duty, officers still conducted a half-hearted search of local establishments to find the child’s parents, despite the potential quality-of-life consequences of reunification.

“We canvassed local unlicensed tattoo parlors, Waffle Houses, adult bookstores, knife shows, and discount liquor stores thinking his parents might turn up there,” Chief Schoonover said, calling off the search after only 45 minutes. “I wish Whoop Whoop! godspeed and good luck. With any luck, he’ll never see his parents again, and actually have a shot of going to trade school.”

Authorities have since turned their attention to an abandoned Jugga-Dog that ate a bag of hallucinogenic mushrooms and has taken four hostages.