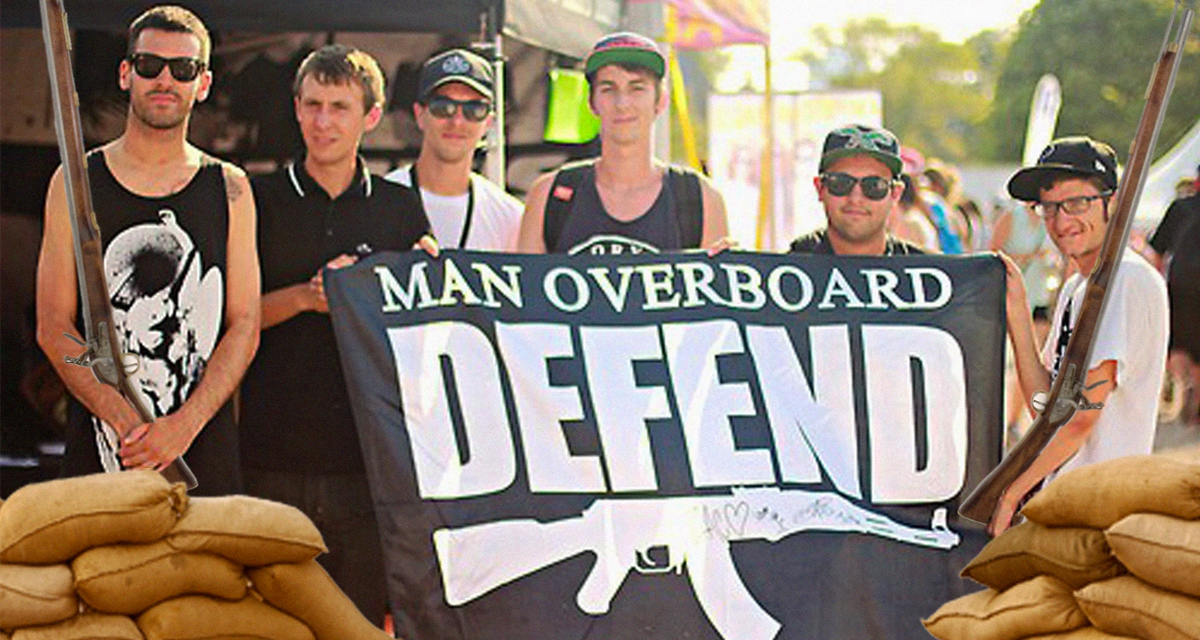 CONCORD, Mass. — Close to 50 Bostonians, ranging in age from 14 to 31, have gathered near the Old North Bridge to defend pop punk, law enforcement officials confirmed.

“A small militia was spotted digging trenches near the base of the bridge and pushing each other around the pits to prepare for battle,” said Lieutenant Jeremy Davis. “But it seems that many of the ‘soldiers’ only have makeshift combat gear and non-functional backpacks, the majority of the infantry are armed with AK-47s on their t-shirts.”

As of right now, it is unclear who or what is threatening pop punk, but that didn’t stop the would-be-minutemen from dropping everything to make it out to the battlefront.

“I’m out here because I don’t want to waste my time and become another casualty of society. I’ll never fall in line, become another victim of your conformity,” said Jack Elsman, 30, while applying warpaint to his face. “Don’t tell us to behave, I’m sick of always hearing ‘act your age’.”

The militia spent the majority of their time distributing rations of pizza and stick ‘n’ poke anchor tattoos, but said when the time came for things to get serious, they were ready to die for their cause.

“I only had enough time to grab my brass knuckles, a Title Fight hat, and my brother’s cut-off khaki shorts,” said 17-year-old Brian Killarney while digging a foxhole. “But I’ll die before I see our genre’s flag fall.”

Many locals visiting the bridge found themselves suddenly blocked off by a crowd of teenagers with hand tattoos who came to watch the spectacle.

“My wife and I wanted to tour some of the famous sites of the Revolutionary War and we were surrounded by a bunch of young men in tank tops yelling in unison,” said Walt Griffin who was visiting Massachusetts for the week. “A few of them asked me where they could get a hat as cool as mine, it’s just a normal hat you can buy at any gas station worth a damn.”

The police are urging anyone with a strong opinion about Joyce Manor and their comments about stage diving to stay at home, regardless of positive or negative connotation.