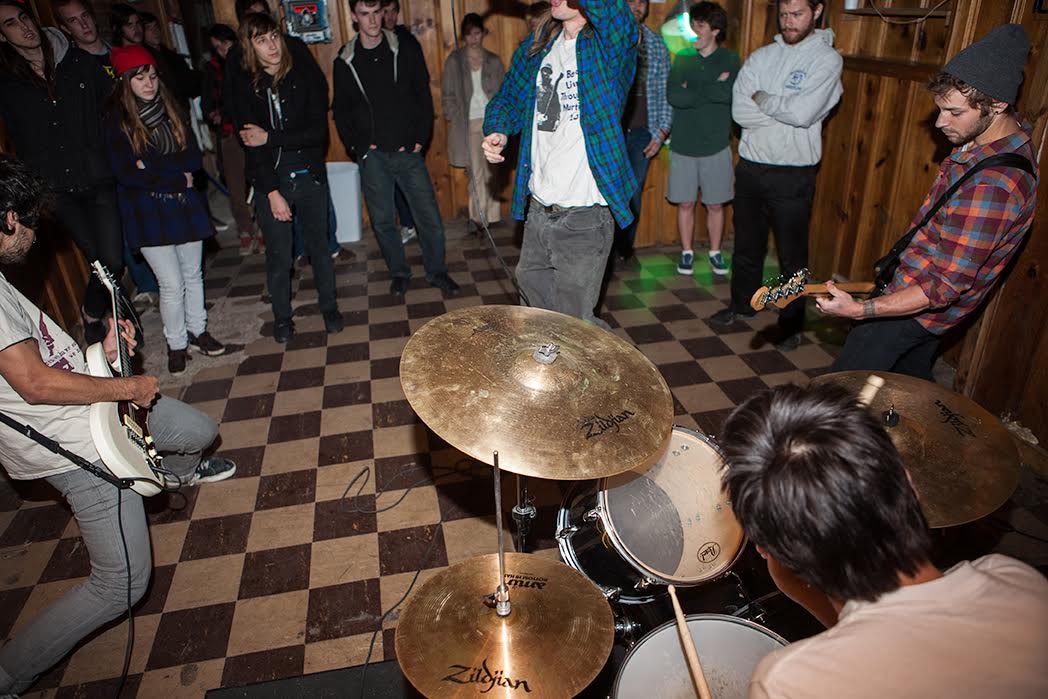 ATHENS, Ga – Several sources are confirming that local death metal band, Rats of Fire, threatened to play an encore after their already overbearing 35-minute opening set at Skelly’s Bar Wednesday night, despite there being absolutely no indication of the crowd wanting them to do so.

As members of Rats of Fire began breaking down their equipment following the lackluster set that failed to elicit a single foot tap, head nod, or even pity applause from the 17 people who showed up to the show early, lead singer Marc Turk excitedly jumped back on stage — ignoring pleas from the sound guy to stop — to address the audience.

“You want some more, Athens!?” Turk screamed. “Cause we’ll fucking give it to ya!”

The crowd, already agitated after enduring a set that had pushed their patience to the very limit, responded to the perceived threat by throwing empty beer bottles towards the stage. Luckily, Turk’s threat proved to not be credible and the crisis was  adverted.

“I knew it was an empty threat,” said occasional Rats of Fire roadie, Billy Torrez. “They don’t have it in them, literally. They only have those 8 songs. What were they going to do, jam for their encore? Unless they learned another Morbid Angel cover, once they play ‘Satan’s Asshole’ that’s a wrap for ROF.”

Although another amateurish death metal song was not to be played by Rats on Fire, they did manage to hold up the show for another 20 minutes as their drummer struggled to break down his 24-piece kit on stage.

Turk was last seen passing out flyers for the following night, advertising a Rats of Fire show where the band plans to play their entire fucking catalog.