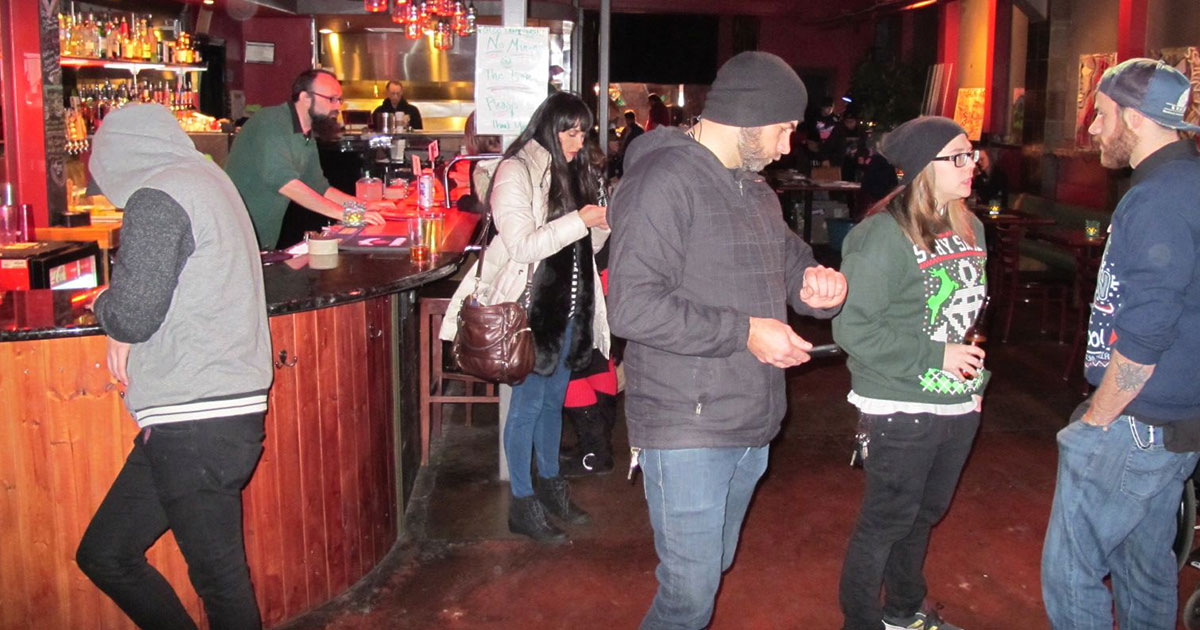 ST. LOUIS – Local punk group Killjoy Boys has drawn increased attention from venue promoters and marketing researchers for their ability to pack houses with one specific segment of the population: friends and family who feel obligated to attend.

While most bands struggle to find an audience, the St. Louis hardcore band has easily filled their shows to capacity. “I never miss a chance to see them,” said one fan. “I’m friends with the singer, the bassist dog-sat for me, and I owe the drummer rent money. Basically, I have to see every Killjoy Boys performance through 2019.”

The band’s success among the “obligated” market segment has even caught the eye of major global analysts. “When we first saw the data, we were astounded,” said Frank Hammerstein, CEO of Markshare, a market research company. “Our first theory was that the audience liked Killjoy Boys’s music. Perhaps some shared attribute made them particularly receptive to amateur-ish, blues-inspired hardcore? But interviews suggested that wasn’t the case.”

Research showed that almost nobody in the audience actually liked the music. “People instead attended for reasons such as a fear of an awkward situation at the next office lunch break, fear of straining an already-dying relationship, or even fear of losing access to the drummer’s parents’ pool,” said Hammerstein. “It’s a potential gold mine.”

But the members of Killjoy Boys see their success as merely the result of hard work. “Getting a fanbase is all about perseverance,” said Killjoy Boys vocalist Joanna Heart. “You have to make friends, see other bands’ shows, and even help people move. Make people too embarrassed to not come to your gig.”

So far, the strategy has worked, netting the band consistent live viewership and even airplay on the local alternative radio station. “I play them during my radio slot because [the bassist] is dating my sister,” said Rocky Fulham, the afternoon DJ on KXQX.

Looking beyond the bulk of their fans, researchers note key demographics at Killjoy Boys shows include venue employees, fans of the other bands on the bill, and that one guy, Fred, who somehow attends every punk show in the city.