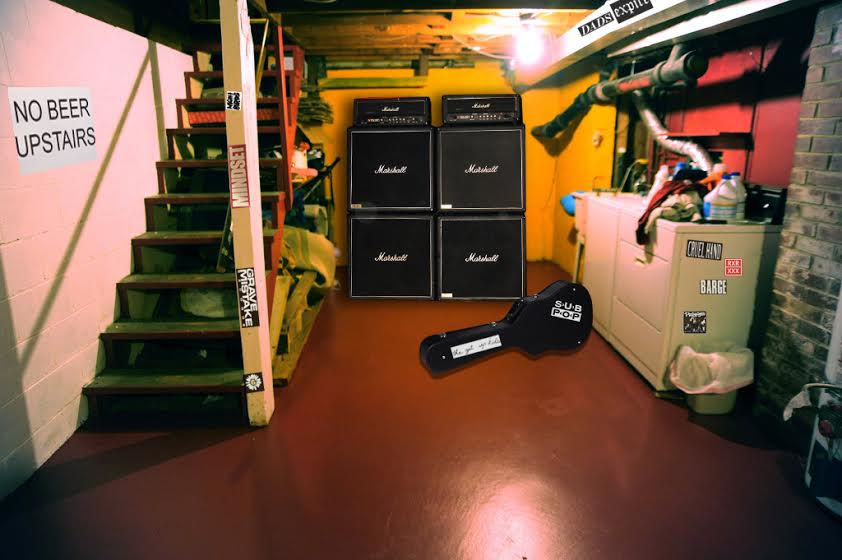 MONTCLAIR, N.J. —  Local emo group Asthenia Falls defended their decision to bring two full-stack amplifiers and a four-foot bass cabinet to a venue with a standing capacity of thirty, sources waiting on the lawn outside the semi-popular DIY venue fondly referred to as ‘Doug’s House’ confirmed.

“I’m just not myself without the stack, ya know?” said guitarist Steven Homer, loading his gear in through the kitchen door. “It’s a comfort thing. I think of my amp as a really big security blanket that wraps me up and keeps me warm. Sure, Doug’s House might not be the biggest venue we’ve ever played, but I live by the motto, ‘If it’s too loud, maybe you shouldn’t have let us play in your basement.'”

Lead guitarist Richard Horigan, standing a respectable six-feet tall, fondly patted the side of his amplifier, which stood an inch or two higher than its owner.

“For me, it’s all about tone,” said Horigan as he crouched down, meticulously picking pieces of lint out of his amp’s grill. “What’s most important is the sound quality. A really big amp cranked all the way up to 30% volume? Can’t beat that.”

Doug Jefferson, who booked the show to coincide with his parents’ trip to the Bahamas, was not fond of Asthenia Falls’ decision, as he believed the use of full stacks was overkill.

“I have no idea if we have enough outlets to plug everything in. Usually, I just have a guy playing acoustic guitar, and maybe he has to plug in a laptop or something. I don’t even know how we are going to get it all down the stairs,” said Jefferson after fetching another extension cord from the tool shed.

Horigan would not be deterred, and stood by the band’s decision.

“Yeah, we could probably get away a half-stack or maybe some practice amps in such a tiny space, but there are about six or seven die-hard fans here tonight that came for the full Asthenia Falls experience,” said Horigan.

“Besides, I spent my high school graduation money on all this equipment. We need to put it to use eventually,” he added while trying to avoid a low hanging light fixture while wheeling in his amp.