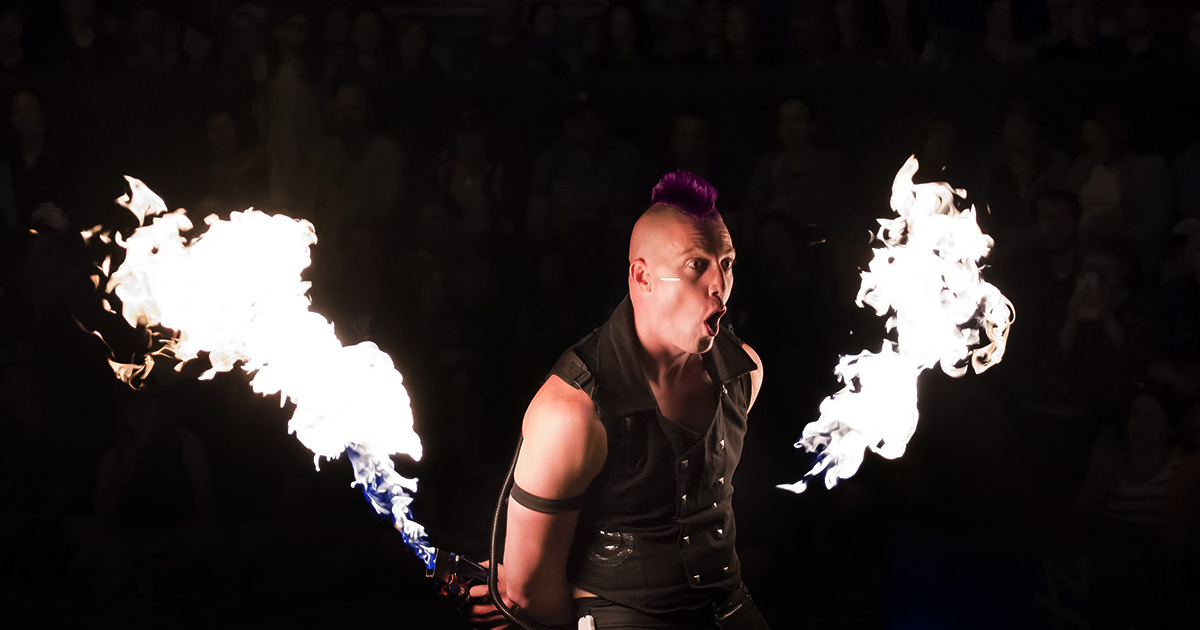 COSTA MESA, Calif. — Local indie band TunnelFuzz are facing criminal charges today, and are officially banned from all Orange County venues after allegedly dosing an entire audience at the CatCat Lounge with LSD during an album release show for their debut record “Smells Like Sounds.”

“Our music is a fully immersive adventure every fan deserves to experience — and all that’s required is our homemade kombucha laced with a shit ton of psychedelics,” said lead singer Brandon Northwood. “And just to be clear, no, we didn’t tell anyone the kombucha was laced, and yes, a couple kids developed crippling anxiety which will probably last until the day they die… but that’s a small price to pay to experience a full ego death and reincarnation during a 45-minute set.”

“Using that leaf blower that I modified into a flame thrower was probably a bad idea, though, now that I think about it,” added Northwood. “A lot of people freaked out.”

“I was really trying to avoid the showroom that night: TunnelFuzz is god-awful, and their hippie fan base smells like if thrift stores had assholes,” said CatCat manager Jacob Sherratt. “I get a concerning call on the walkie, and I come out to a room where half the kids were in sheer panic, and the other half in full ‘Lord of the Flies’ attack mode. It took nearly three hours to find every last kid hiding in the rafters, and an additional hour to get them to stop climbing the trees out in the parking lot.”

“Last time I saw TunnelFuzz, I couldn’t see straight for a week… and not from some drug induced haze, but because the band’s out-of-tune catastrophes they call songs gave me cluster headaches,” said victim Katie Jaynes. “I go to the bathroom, and my friend hands me a cup of the band’s ‘kombucha,’ and before I know it, I’m neck-deep in every childhood fear I’ve ever had. A sense of dread crept so far into me, I started writing goodbye letters to friends and family in my phone. But I also realized I’m gay, so there’s that.”

TunnelFuzz is appealing all charges and attempting to reconnect with fans by sending homemade baked goods to everyone affected.