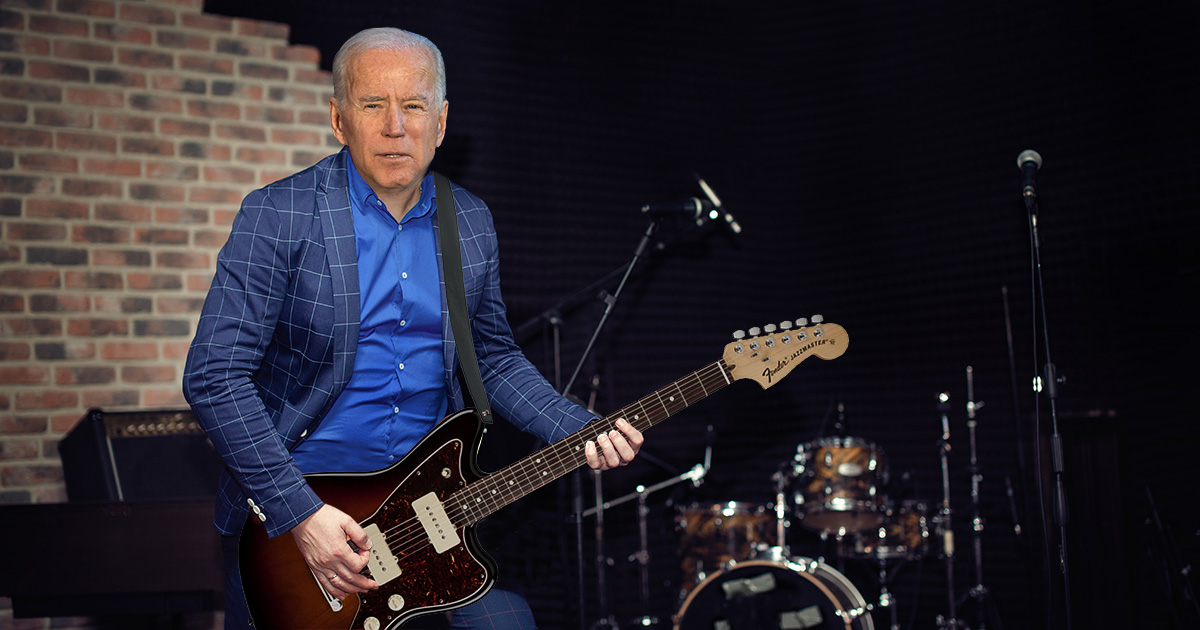 “You see what I have here? It’s a Jazzmaster, which I got off some kid for practically nothing on Reverb. I walked right up to his front door, and I said, ‘Listen, Jack, I know real emo. I’ve got more Rites of Spring albums than you could shake a stick at,’ and you better believe I got that guitar,” explained Biden while hanging a Saddle Creek poster in his campaign headquarters. “Donald Trump is obviously a PRS-into-Peavey kinda guy. And our country needs someone with a lighter touch, a cleaner tone — someone who can really bring out America’s twinkly riffs. And that person is me.”

“And unlike our current president, I’m willing to try alternate tunings or stereo amp setups with my new Line 6 DL4 delay pedal,” Biden added. “I mostly use it for the loop function, but I’m game to reach across the aisle and change it to the tape echo setting on occasion.”

Campaign staff justified Biden’s midwest emo fandom as a lifelong devotion, and not just a ploy to attract a massive voting demographic.

“Joe used a Telecaster for years, but as time goes on, he realizes the need for change — just like his attitudes towards criminal justice legislation,” said campaign manager Jennifer O’Malley Dillon. “On his first day in office, Joe will designate the American Football house and lawn as a national park, then demand that the Get Up Kids’ ‘Something to Write Home About’ be entered into the National Recording Registry.”

However, the midwest emo community at large aren’t so trusting of Biden’s alleged passion for their beloved genre.

Indeed, Biden has already received backlash for his appearance on the “Washed Up Emo” podcast, where he bizarrely stated that Cap’n Jazz tried to kill him with a switchblade at a swimming pool in 1962.