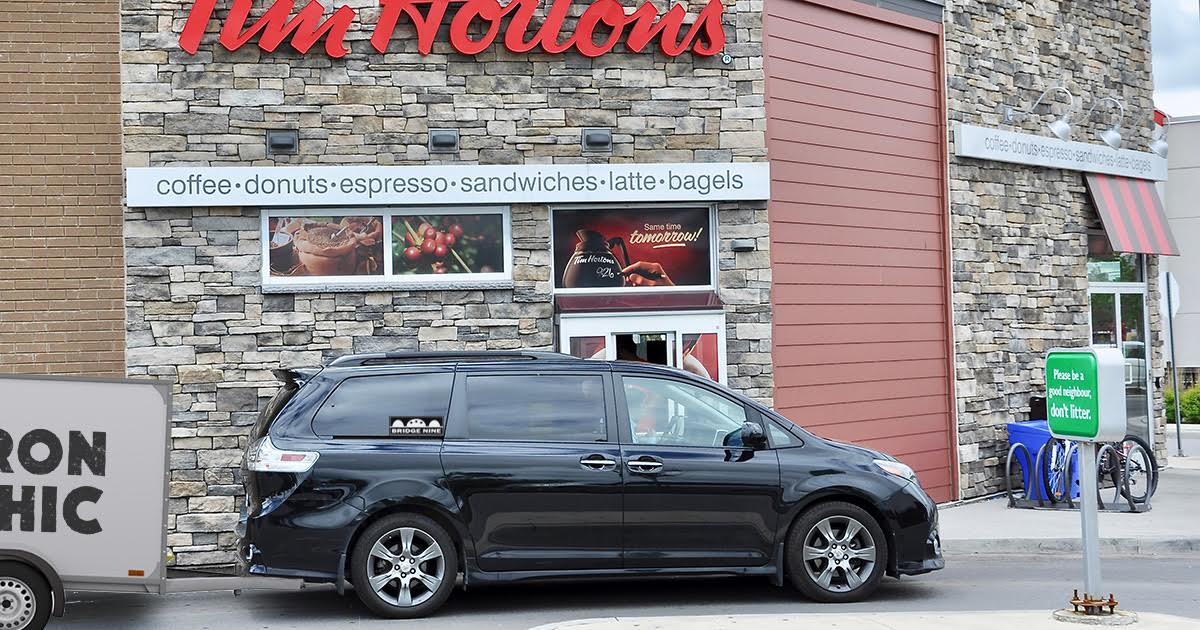 “It was a typical morning until about 11:25 a.m., when I asked the next car if they were ready to order,” said Lara Seong, the Erie Community College sophomore who worked the drive-thru and received the complex, yet incredibly catchy, order. “The response was a dichotomy of tragedy and euphoria — it was hard to make out exactly what they were saying, but holy shit, it’s been stuck in my head ever since. And every few words, they added some ‘woah-ohs’ that made me just throw my fist in the air.”

Receipts confirm Iron Chic requested identical orders of four grilled breakfast wraps, an order of crinkle cut fries, a Pepsi, and an end to suburban complacency. Seong admitted, however, that she was unable to fulfill the last part of the request.

“We longed for sausage, egg, and cheese. Phil and Mike have pickle allergies, woah-oh,” said all members of Iron Chic at the same time in a group response. “The fates made us so hungry, we washed it down with Pepsi. Woah-oh-oh.”

Unfortunately, the band’s insistence on doing everything synchronously has created problems elsewhere in their personal lives — including allegedly using the bathroom together, sharing banking accounts and credit cards, and sleeping in one large, infirmary-style room with five twin beds in a line.

“It seemed adorable at first… but I didn’t realize how deep it goes,” lamented Becky Haggarty, the girlfriend of drummer Gordon Lafler. “It’s like there’s one human consciousness shared between five bodies.”

“But I’ve never identified with someone else’s self-loathing as much as I do with Iron Chic,” she added, “so I’ll stick around for at least one more album.”