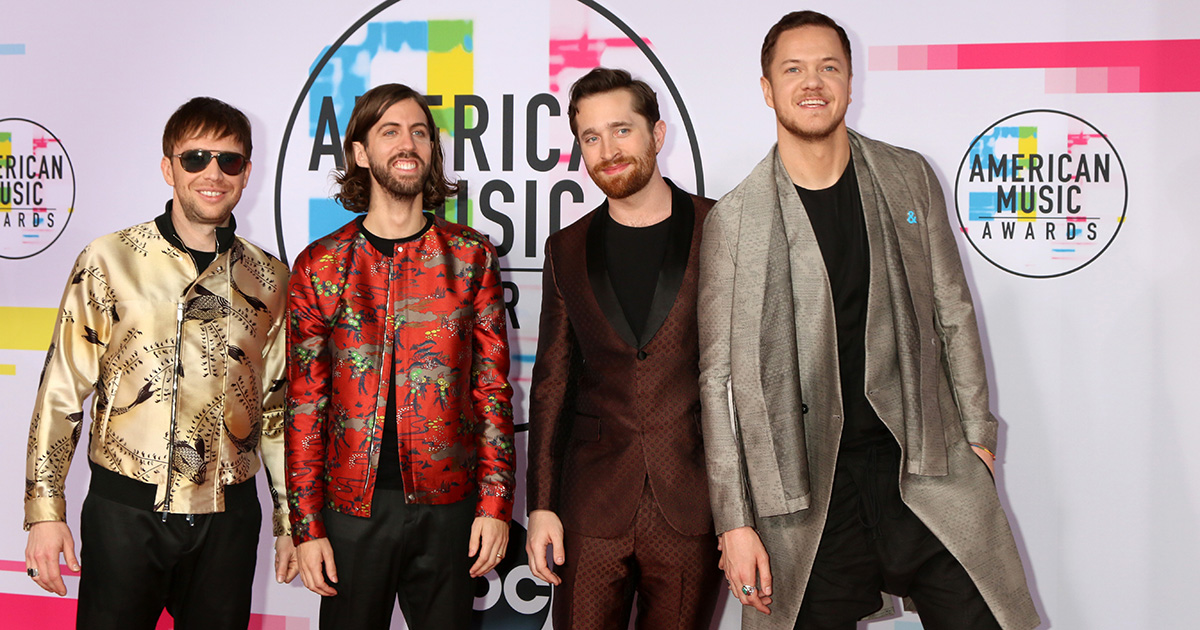 LOS ANGELES — Popular rock band Imagine Dragons announced today that they scrapped their upcoming album “Explosion” when they realized none of the tracks could effectively lead into NFL commercial breaks, sources close to the mathematically successful band confirmed.

“For ‘Explosion,’ each band member was assigned three songs to write. We sort of assumed that one of us would write an absolute scorcher that could be the soundtrack to a touchdown and the perfect precursor to a Bud Light ad,” explained an exasperated Dan Reynolds, the lead singer of the group. “I wrote a song about my mom getting sick, one about adopting a stray dog, and then one that was just pulled from an American Authors record. But when we sat down to record everything, we realized that, at best, these songs were barely good enough to be a low-level MMA fighters walkout song. It was a nightmare.”

The new album was initially planned to include 30% “slamming tunes,” per their contractual obligation, to get fans riled up going into a two-minute warning.

“Heavy-hitting hard rock monstrosities for sporting events are how I feed my kids,” commented long-time manager Stephen Grenholme. “Imagine Dragons gets paid because they write songs for ‘Transformers’ movies and ‘League of Legends’ tournaments, but the big payday comes when Patrick Mahomes throws a strike to Sammy Watkins and the broadcast heads to break over a slow motion celebration. No one wants to hear [drummer Daniel] Platzman’s bullshit song about teaching his sister to drive when going into overtime.”

Although a definitive blow to the Imagine Dragons organization, the news could not be coming at a worse time for NFL Commissioner Roger Goodell.

“We have the Super Bowl in less than two weeks — we were counting on these guys to drop us some tasty new licks to play after [49ers coach] Kyle Shanahan throws a challenge flag. You can’t sell Pepsi with Fall Out Boy songs anymore,” said Goodell. “We’re running out of songs, dammit. Do you know how many times we played ‘Seven Nation Army’ last Sunday? 16. Our backup plan involves a Bonnie Raitt song, and let’s just say I am less than confident in that.”

At press time, Imagine Dragons were seen frantically jamming power chords and screaming “Fight until the end!” to try to meet their Super Bowl deadline.