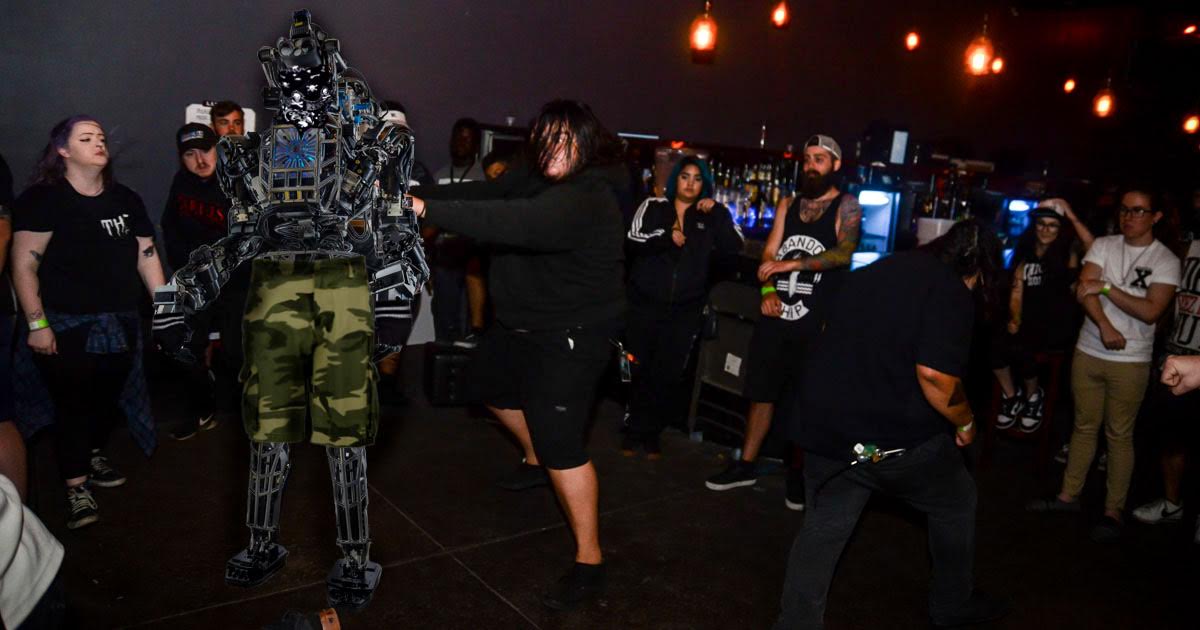 HEMPSTEAD, N.Y. — IBM’s new “super-moshing” computer “Big Trav” made history yesterday as the first machine to beat a human in a mosh pit, according to stunned members of the hardcore and AI communities.

“It was our goal from the beginning to make the kind of machine people would look at and say, ‘Holy shit — that robot just decked Ryan. Someone get him to a bathroom and try to stop the bleeding,’” Pascocci said. “It wasn’t about the technology for us. It was about the experience. The violent, bone-crunching, face-smashing, poser-bashing experience.”

It was an experience few at O’Dwyer’s Pub last night will forget. “Big Trav,” standing over 7-feet-tall and weighing upwards of half a ton, drew a mixture of awe and skepticism from those present — many of whom had long speculated about the day a machine, and not a skinhead with bad prison tattoos, would “lay someone the fuck out” during a breakdown.

“I mean, I can’t say I’m surprised,” said Paul Hefferman, a local hardcore expert and witness at O’Dwyer’s. “First Kasparov was defeated by Deep Blue in the ‘90s, then that nerd from Seattle got taken down on Jeopardy. It was only a matter of time, I guess.”

To Hefferman and many like him, the mosh pit was the last “truly human” activity, untainted by the 21st century technology that has left so many jobless.

“All any mosher wants to do is go to sleep at night knowing their kids will have pits to throw their limbs around. I just feel a little stupid for thinking that now,” Hefferman said. “Someone sent me an article about fully automated mosh pits in South Korea. It’s only a matter of time before it reaches New York.”

Pascocci, for her part, isn’t too concerned with what “Big Trav” might do to the scene.