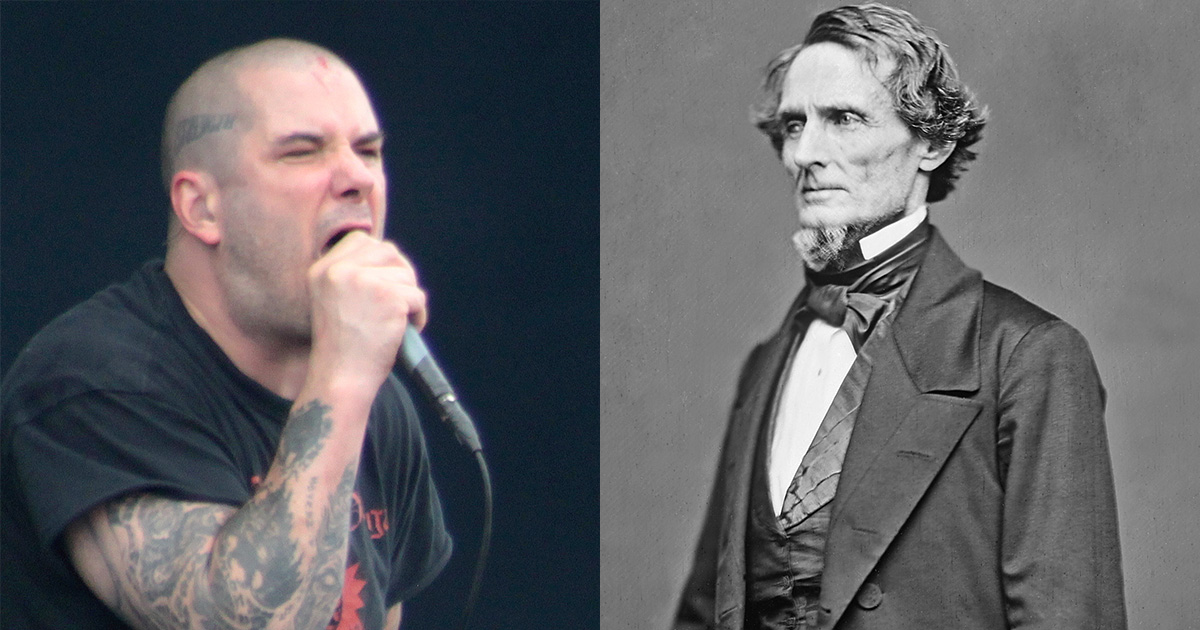 “Critics are having a field day over us reuniting with only two original members,” said Pantera frontman Phil Anselmo while ashing his cigarette out on the hotel room carpet. “They’re also mad that we’re using a hologram of Jefferson Davis instead of one of our late beloved guitarist Dimebag Darrell or drummer Vinnie Paul, which would make more sense now that I think about it. But I believe having the JD hologram hyping up our audiences will not only satisfy our fans but will also distract everyone from that time I yelled ‘white power’ and flashed a Nazi salute at an event. That was totally taken out of context, just like this Confederate imagery will surely be too.”

“People who bitch and complain about this reunion being a cash grab are just ungrateful posers. This might be the last time I get to beat the shit out of someone to ‘Walk’ and not get charged with a felony,” said Newman. “I hope to see Phil and Rex up there alongside the Davis hologram trashing the surrender at Appomattox or maybe even riling the crowd up with some classic Confederate wartime slogans. That would be killer!”

“The current climate in the U.S. seems to be conducive to the holographic Confederate arts,” said Sperger. “After Republicans caught wind of the Jefferson Davis hologram being used for the Pantera reunion, my DMs and phone blew up. I’ve got him booked solid though 2024! Some conservative super PACs are actually using it as a selling point to get people to show up to their lame-ass rallies. Even Fox News has been hounding me non-stop to use this hologram for their corporate-sponsored events. And it’s somehow working like a charm.”

At press time, a hologram version of General Sherman used at a nearby Rage Against the Machine show was seen attempting to set fire to Pantera’s Jefferson Davis hologram.