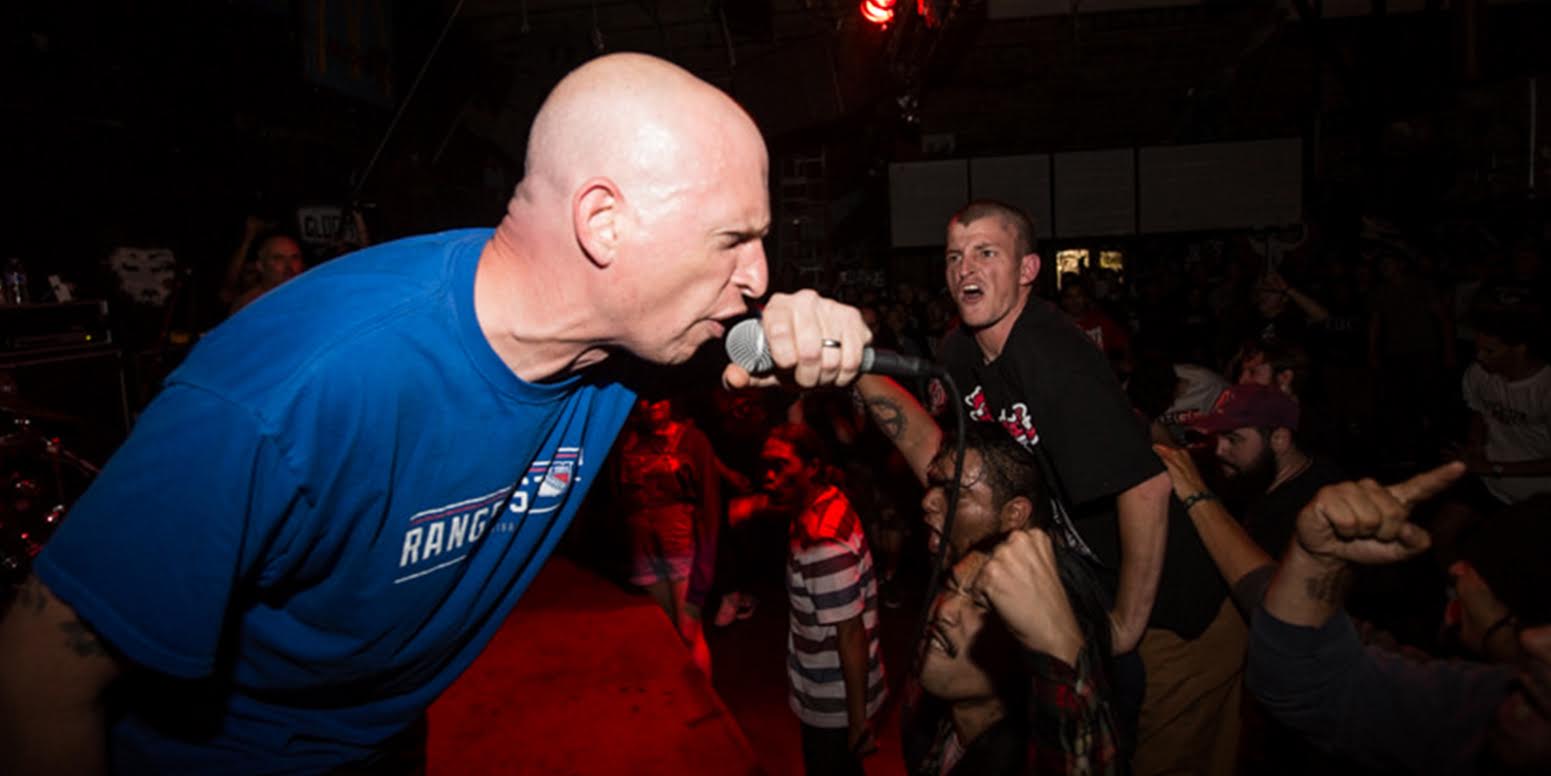 BOSTON — The Pints Of Blood fest announced a new set of guidelines for this year’s event, declaring age restrictions of “16 to enter, 45 to play,” according to a blog post by promoters.

“We simply had too many reunions on the table this year, and we needed to cash in,” said primary booker and Crust Thrust frontman, Ricky “8-Ball” Eagleman. “This festival is about giving back to the kids — especially the ones who might not have seen my band the first time in ’94, on account of not being alive yet.”

While the lineup was originally rumored to include Turnstile, Angel Du$t, Jesus Piece, Malice in the Palace, and Code Orange, organizers shook things up when they realized the fest would coincide with the Boston Public School System’s autumn break.

“It’s perfect timing. We can pack the place with kids looking to buy merch, and we don’t have to worry about old dudes constantly scoffing in the back,” said Eagleman. “Plus, all the older bands are usually less expensive. The dudes from Trust Brawl all got laid off, so they were available. We got Coerced Faction to play their debut album The Hands We Hold from ’92 in its entirety, and Tommy Crowbar is going to give a keynote address.”

Many young fans applauded the promoters for the festival changes.

“It’s exciting to finally see some of the bands that broke up before I was an embryo,” said 16-year-old Winslow Thomas. “And it’ll be without some fat 35-year-old getting in my way of a pile-up because he’s winded from 15 seconds of moshing.”

However, reaction to the news was decidedly negative amongst older hardcore fans, with many voicing disgust on the event’s Facebook page.

“These kids are lucky I can’t come, because I’d show them how a real man handles the pit,” said Joel Shekhar, a 37-year-old longshoreman with bad knees. “But even if I were allowed, there’s no way I could find a babysitter for my daughter for that long.”

Eagleman remains defiant in the face of the backlash from his peers.

“Obviously at first, there’s going to be pushback. Kids these days always want the same old bands on every fest,” griped Eagleman. “At Pints of Blood, we’re proud to have different old bands. Just take our word for it — these guys were important. Alright?”