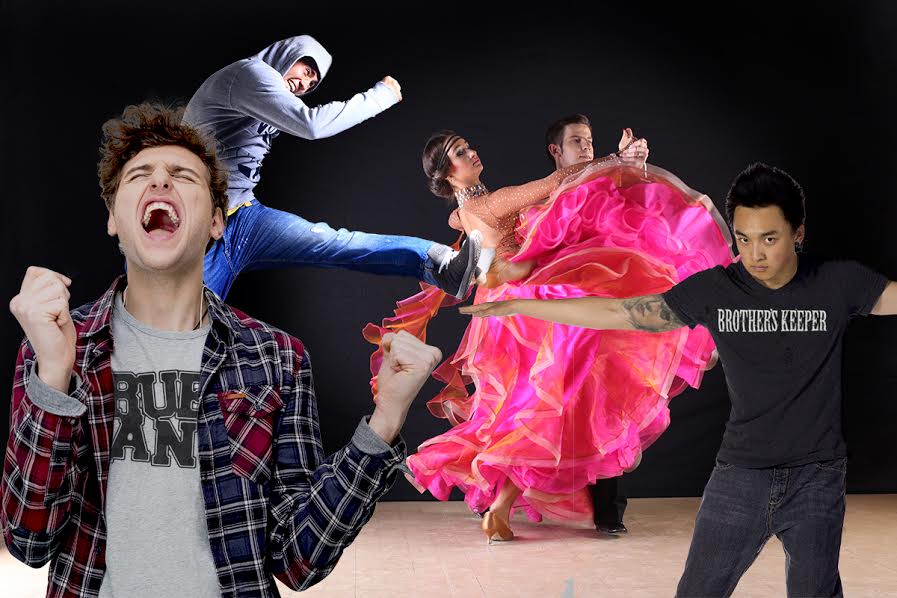 PITTSBURGH, PA – The Steel City Bruisers, a local hardcore crew and newcomers to the world of organized dance, upset the heavily favored competition at the 2016 Pittsburgh Dance Convention finals after crowd-punching and donkey-kicking their way to the crown

“They just came out of nowhere and took the whole thing down!” exclaimed former finalist and expert ballet dancer David Hartland. “Like, literally, they came out of nowhere. We were backstage waiting to go on [stage], and they just punched me in the back of the head while yelling, ‘Let’s fuck this shit up’!’ I wasn’t prepared for competition like this — they all had on Doc Martens, and I’m basically wearing slippers.”

Fresh off a run of appearances in the Broadway revival of Les Misérables, sisters Anna and Marie Wexler were early frontrunners after their beautiful number in the first round — yet, when they returned for the next round, both were notably hobbled. “We were so excited after our first number that we hung around on the side stage, and these huge guys just started throwing their fists around,” Anna said. “I had never seen anything like it. They showed such grace, yet it was so masculine. And then… everything went black.”

“Some meathead spin kicked her in the fucking head,” Marie added.

The judges were most swayed by the raw, uninhibited dance style of the Bruisers. “They bring intensity to the art of dance,” observed Russian guest judge Albert Davydov. “Yes, you would expect men in jeans to have limited mobility, but their high kicks were something to admire, and diving off of our judge’s table into a group of people not dancing was rather impressive.”

The tepid responses from the other judges did not matter in the end, however, as all other dance teams had either been taken to the hospital or mysteriously went missing less than 30 minutes into the competition.

In keeping with the tradition of the contest, the Steel City Bruisers closed out the night with an encore dance which included ripping the speakers off the wall and smashing out all of the venue’s ceiling tiles.