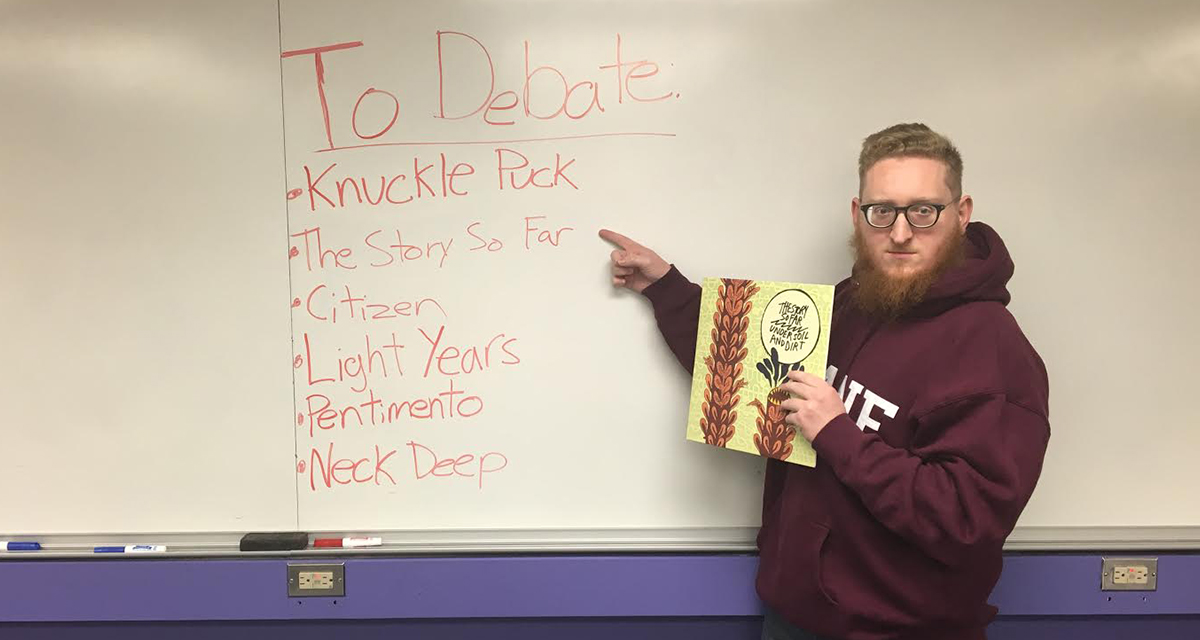 ROME, Ga. – Various leaders and veterans from hardcore scenes around the world are congregating this Thursday in the basement of squat venue Vatican House to decide on a new pop-punk band that will officially been “given a pass,” clandestine sources confirmed.

“According to traditional hardcore teachings, followers of all sub-genres should only listen to pop-punk bands approved by scene elders to avoid having their hardcore credentials called into question,” said hardcore legend Brian Newton. “This list is gospel. Anyone that listens to music outside of it risks being blacklisted.”

For many, blessing another pop-punk band with scene cred could not come soon enough.

“We are in shambles right now,” said Björn Juhlin, a representative from the Zurich D-beat scene. “The old standbys are here and will probably never change. No one will ever call you out for listening to Dillinger Four or that first Taking Back Sunday record, but there are too many bands in that grey area to feel safe. There’s a lot on the line here — listen to the wrong band, and you could be classified as a poseur, get your stage diving privileges revoked, or, even worse… get called out in my fanzine.”

“Is it OK to listen to Blink 182 now that Skiba is in the band? Does the whole Vegan Reich and Racetraitor thing cancel out that god-awful Ghostbusters theme song?” asked Julin. “And we STILL have no idea what to do with Paramore’s new stuff.”

With this amount of uncertainty, historians and experts in the field expect this meeting to be one of the most contentious and unpredictable in modern history.

“I’m guessing that Capital Leather is gonna be the one that gets approved,” claimed scene archivist and leader emeritus Scott Vogel of Terror. “Dude’s vocals are tough enough that this band in no way challenges your masculinity while you sing along, but at this point, I can only guess. Almost anything could happen and I wouldn’t be surprised.”

“(The atmosphere) is eerily similar to the days leading up to the 2002 conclave,” added Vogel. “That was the year we couldn’t agree on whether The Get Up Kids counted as pop-punk, emo or both. The scene fractured. I mean, that’s why we have Emorthodox sects today.”

The conclave will announce the end of the meeting by sliding a white vinyl copy of The Party’s Over by The Smoking Popes underneath the basement door. Until then, all shows at Vatican House are canceled.