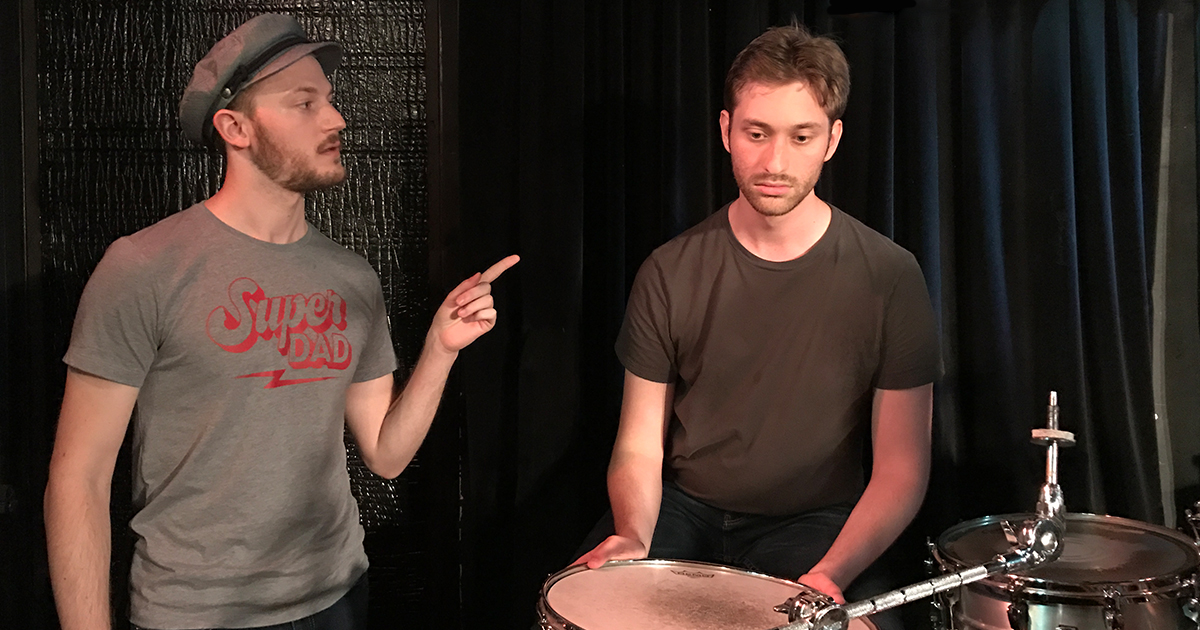 SOUTH BEND, Ind. — An exhaustive interrogation after a show at the Cherry Pit last Saturday night revealed that “that squirrely kid” who asked to borrow a touring act’s drum gear wasn’t even in a band playing that night, baffled eyewitnesses confirmed.

“I thought it was the guy who booked us,” Nugget Combo bassist Charlotte Klein said of the guy to whom she lent her band’s toms, cymbals and snares. “Don’t take this the wrong way, but after two weeks on the road and, like, anywhere between four and 19 beers a night, skinny dudes with dangly earrings and Glue sweaters have a tendency to sort of blend together.”

Event organizer Robbie Mtombeni allegedly ran into the suspect while in the venue’s basement.

“I walked up to him and he just said, ‘Homies said it was chill if I pinched a little off the ol’ rat-a-tat-tats pile,’” Mtombeni confirmed. “It took me a minute to figure out what the fuck he was saying… and by the time I did, he was out the door. What a fucking asshole.”

Due to the error, Nugget Combo was forced to miss yet another opening band to search for their missing gear, despite “getting there on time this time, I swear to God.” Attempts to borrow equipment from local bands on the bill that night resulted in a resounding, “Sorry, dude.”

“This is so fucked, bro. You don’t even know,” said drummer Nicky Branca. “It’s the second bass pedal I’ve lost this tour. Our guitarist traded mine for weed in Cincinnati, so I had to swipe one from some jerk in Cleveland. And now this! People are fuckin’ barbarians.”

Eventually, the culprit was found setting up in the alley when Klein snuck off to pee.

“He was out there with a ton of gear, trying to do the beginning of some Rush song, I think,” Klein said. “I was pissed at first… but once he started to figure it out, I was ready to ask him to fill in for us.”