Guitarist Wakes Up From Five-Year Solo 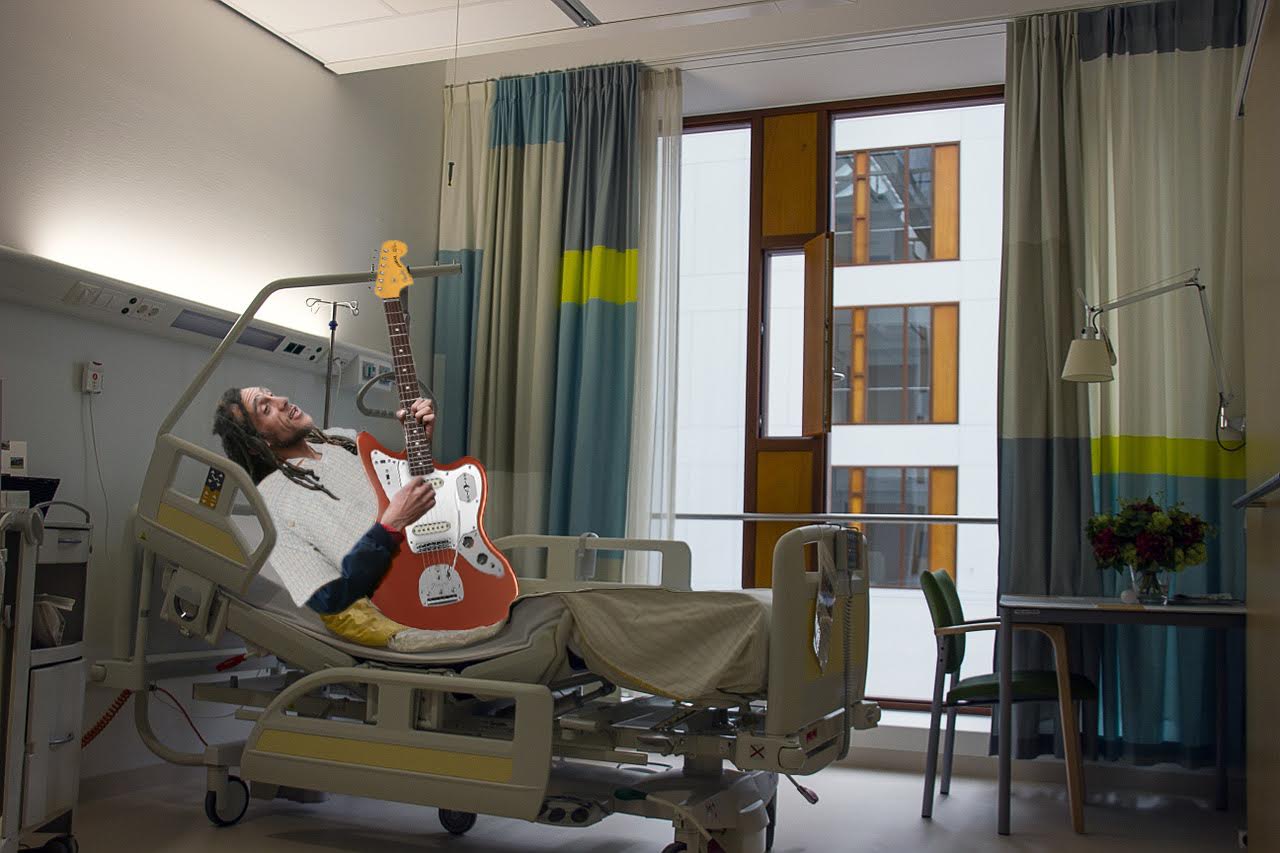 HEMPSTEAD, NY – Family and friends of local guitarist James Kenney rejoiced early this morning, as the musician awoke from his coma-like state after playing a guitar solo for five continuous years.

“I was really in it — just fucking feeling that shit, brother,” said Kenney from his bed at Nassau Veterans Memorial Hospital. “I had just got this new moogerfooger pedal, and once I saw those fans grooving, I couldn’t stop.”

Witnesses say Kenney collapsed to his knees on Nov. 27, 2010, during the very first song his band, The Unholy Ghost, played that night — reports from that evening indicate many audience members initially believed he had passed out. But as the band continued their set the tragic truth became more clear: this was a solo, the likes of which had never been heard before. One audience member described the solo as “the most unintelligible nonsense I had ever heard.”

After just over one hour of soloing, during which many shouts of “James! James! The bridge, James!” emanated from the stage with no response, bandmate Dylan Murphy mercifully decided it was time to end the song. Much to Murphy’s dismay, Kenney continued the solo, which would last for another half-decade.

“We wanted him to come out of it after the first hour, but after that it was kind of just typical James, you know? This wasn’t the first time he soloed for way too long, and we figured he would realize we had finished, apologize, say he was ‘really in it,’ and move on,” Murphy said.

Little did Murphy know at the time, that couldn’t be further from the case.

Members of the rock ‘n’ roll community organized benefit shows to raise money to purchase more pedals for Kenney, in hopes that it would break him of his trance. But as doctors and sound techs introduced more pedals to his already unreasonably-large pedal board, the convulsing guitarist only slipped further into his own world of sound.

Eyewitness reports confirm that what finally brought his solo to an end was a broken string.

“Yeah, I broke my high E sometime around November 2015,” declared a chronically-dehydrated Kenney. “And I just kind of got around to exploring that part of the guitar last week, so I decided to wrap it up… Did we get paid?”