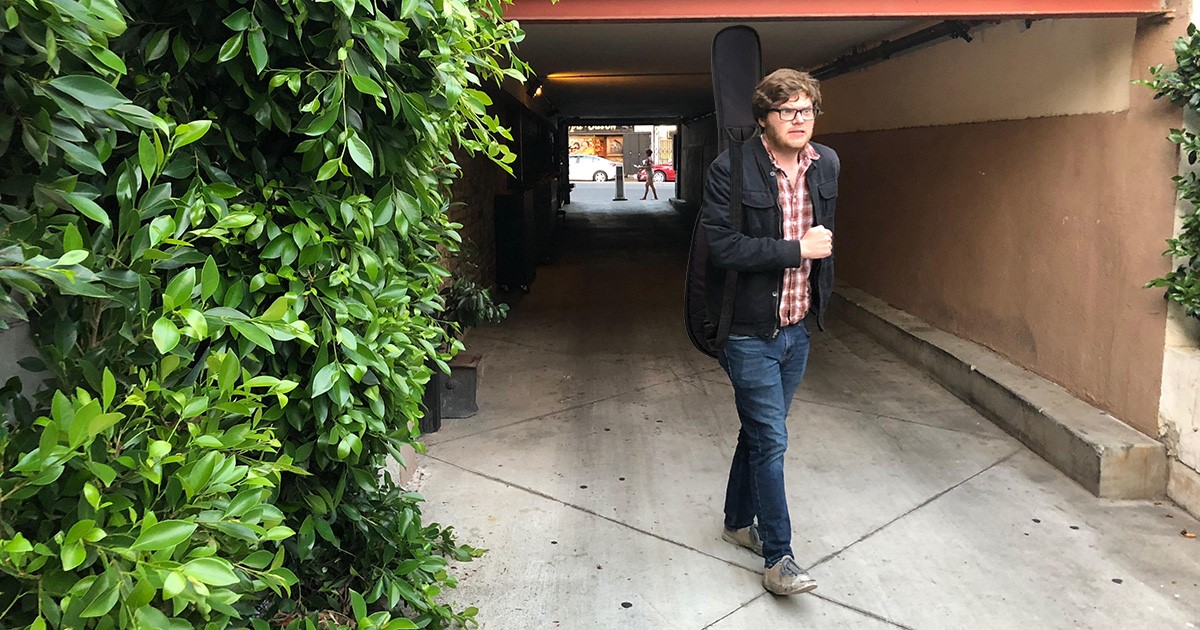 KANSAS CITY, Mo. — Guitarist Loyd Schneider raced back and forth between two different venues last night after booking shows with his hardcore band The Shameless and his metal band Weed Killer on the same night at the same time, confused eyewitnesses reported.

“Oh, boy… oh, jeez. I really stepped in it big time,” said Schneider as he hurriedly stripped off his flannel shirt and Doc Martens to don studded arm bands and combat boots. “Big Jay just started his scene unity rant, so that gives me at least 20 minutes to play two songs with Weed Killer. Then I’ll coax our drummer there into one of his bullshit, indulgent solos, so I can rejoin The Shameless to close out the set.”

Friend and Weed Killer show attendee Arlo Macejkovic is among the few aware of Schneider’s haphazard plan to keep both bands from finding out about each other.

“I told him earlier, ‘You can’t be in two places at once, bozo,’ and he just rubbed his chin and said, ‘Or can I?’ and then paused as if he was holding for laughter or something,” said Macejkovic. “It wouldn’t be so bad if he didn’t have to wipe off corpse paint before heading into the punk venue, and then reapply it in the middle of traffic before coming back. Still, this night isn’t as stressful as when he scheduled dinner with his high school sweetheart and his curmudgeonly boss at the same time.”

“Loyd suddenly appeared onstage all out of breath, grabbed the mic, and counted to four as if we were a punk band or something. It’s like, dude… we need time to tune to drop C,” said Steuber. “Later, I broke a string and was about to change it using some I had in my bag when Loyd screamed, ‘I’ll go buy you a new one!’ and ran out the door. Is there even a Guitar Center open right now?”

At press time, patrons at both venues were completely unaware, focused on drinking and chatting with friends while ignoring Schneider’s respective bands.