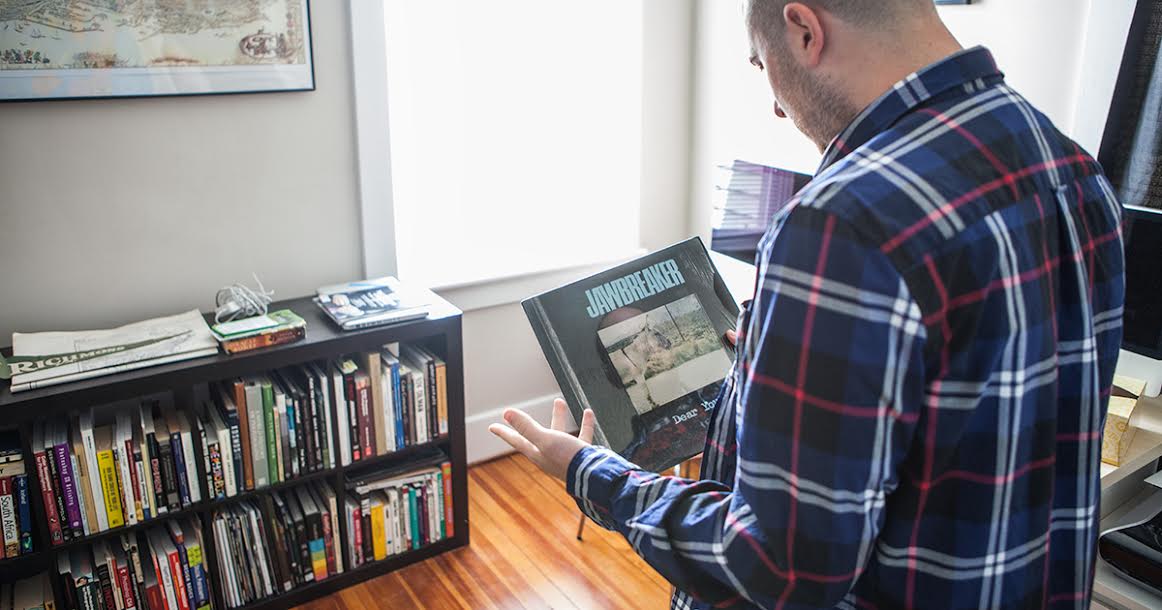 “I used to love Golden Rule, and hearing their music for the first time was one of the most important moments of my life,” said Gregory, 37, a husband and father of three. “But then they all sang in this weird falsetto — it tarnished their legacy forever. What a fucking joke.”

Golden Rule emerged from the SoCal punk scene with an original take on pop/punk, hardcore, and skate punk, but they opted to experiment on Ready Or Not, their fifth release and a mild stylistic departure.

“It was an abomination,” said Gregory while closing his independently operated self-storage business for the day. “Only one song had a breakdown, it had all these awful instrumental tracks, and the first song was eight fuckin’ minutes! Oh, god. And there are all of these terrible guest appearances, too? Just fuck off.”

Former Golden Rule guitar player and chief songwriter Jessie Peaks said he’s aware of the differing opinions on the LP. “You know, the album prior… everyone complained that it sounded like the one before it,” he revealed. “I don’t know. People need to understand — when you have a fan base, it’s literally impossible to not disappoint a lot of them with each release. And, for what it’s worth, I thought people would really enjoy John Popper playing harmonica on ‘Dead to the World.’ I liked it.”

Gregory’s wife, Michelle, admitted her husband’s reinvigorated displeasure with the decades-old release concerns her. “He’s been mumbling things about ‘selling out’ in his sleep,” she said. “It’s troubling. We’re supposed to be looking at houses to buy, and he’s spending all his time on message boards shouting about a CD he bought in high school.”

Gregory, for the most part, stands by his actions. “If I could do it all over again, maybe I would’ve gone to Scott Jr.’s hockey game instead of emailing Cold Steel Records for four hours straight to try and talk them out of the reissue,” he said. “Who’s to say? When my son looks back, I’m sure he won’t be too upset I wasn’t there to watch him score his first goal. I know he’d rather know his father stood up for something.”