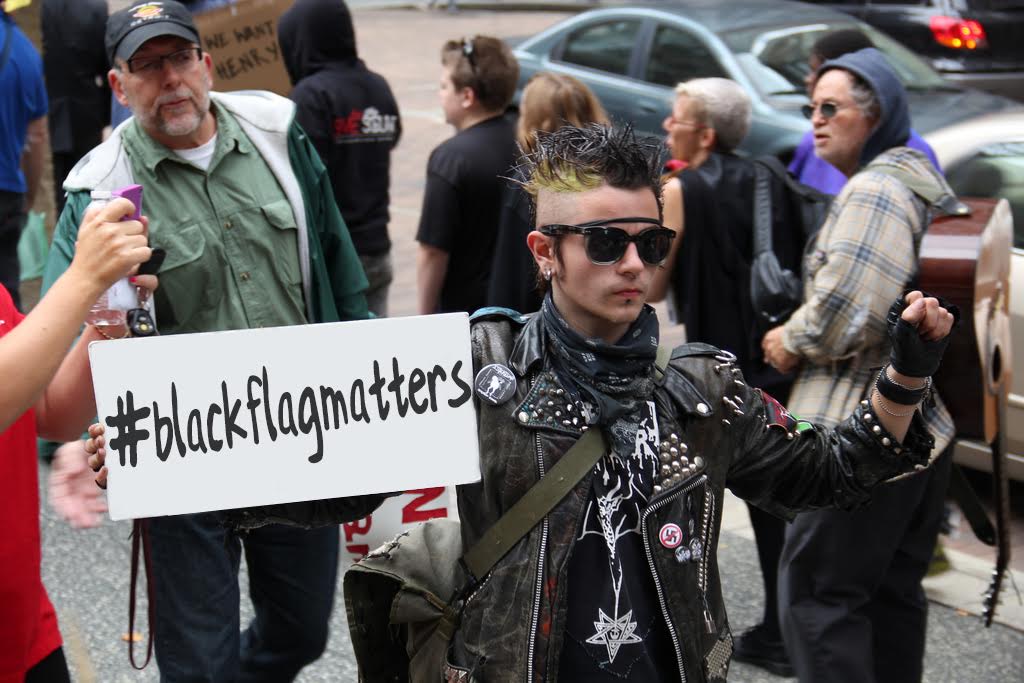 With a multitude of important causes vying for the attention of the American people it is tough to get the public to take notice. No one is more aware of that than Ginn, who has vowed to do everything in his power to remind people that his band is relevant in the year 2015.

A recent tweet from Ginn directed toward presidential hopeful Bernie Sanders caught many by surprise. It read, “@BernieSanders Black Flag is the original hardcore band say our name. I wrote Police Story #blackflagmatters”

But Ginn’s movement isn’t limited to social media. At a recent Code Orange show he and several members of the constantly rotating Black Flag line up stormed the stage and brought the performance to a halt.

“Black Flag matters! Black Flag matters!” Ginn chanted for 20 minutes at the stunned crowd until continuing, “We ARE hardcore, without us, there would be no Code Orange! We are the original and we deserve respect.”

The #BlackFlagMatters Movement has gained traction with some — typically middle-aged white men and tweens just discovering punk. But many detractors have been quick to point out that the current bastardized incarnation of Black Flag where Ginn plays some bullshit with a rod really doesn’t matter all that much.

Even those who support unneeded theremin solos have criticized the tactics Ginn used get his message across.

“I was at that Code Orange show and what he did was wrong. There are better ways to get your message across. Code Orange has always supported Black Flag, he should have interrupted a band like Pierce the Veil, they probably have never even heard a Black Flag song,” said crowd member Phil Mainini.

Ginn’s movement to increase awareness and recognition for the current Black Flag lineup hasn’t been successful. Despite one in five punks having a Black Flag tattoo, a recent poll showed that Henry Rollins, Bill Stevenson, and “the guy from Circle Jerks” were the top names associated with the Black Flag moniker.