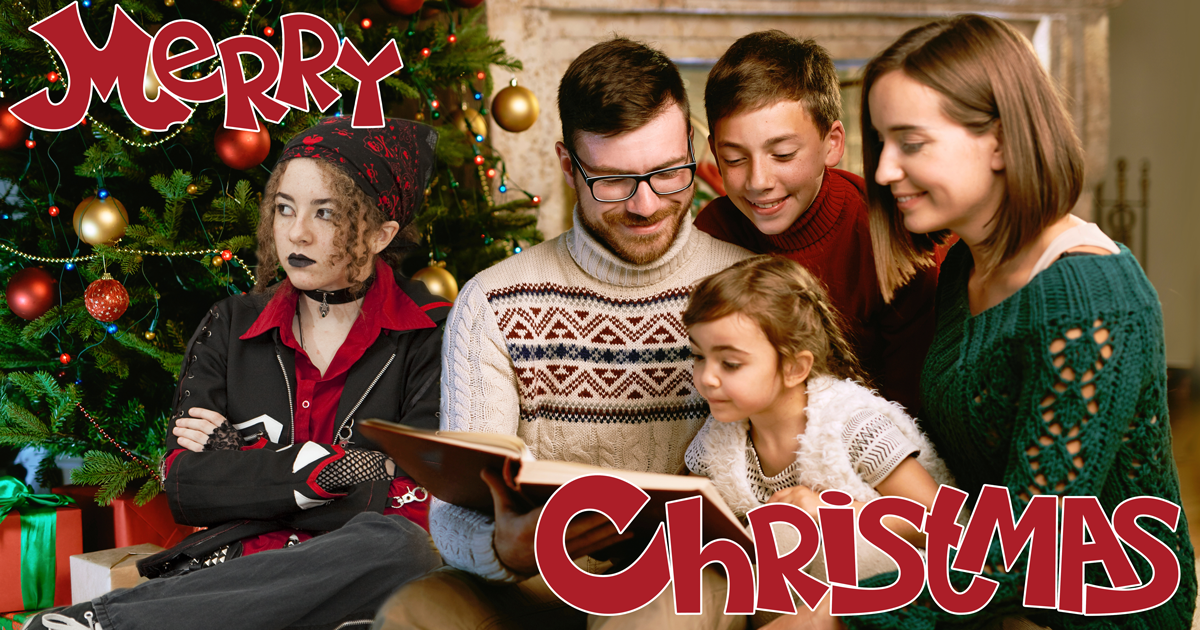 DETROIT — Local goth teen Shelly Davis announced plans to ruin her family’s Christmas card for the third year in a row, according to a source close to the family.

Davis will reportedly uphold her tradition by stubbornly refusing to wear festive sweaters and rolling her heavily-lined eyes at anything remotely fun while valiantly sucking the joy out of the holidays with her lifeless glare into a vacuous existence.

“Our little Shelly is just going through a phase,” Shelly’s mom Patricia Davis said. “I asked her to wear a Santa hat for the photo and she just kept staring out her bedroom window and after what seemed like five minutes of silence she quietly whispered ‘get out of my room, Mother.’ So yeah, I think with a little coaxing she will want to join in. It’s just very important to have these Christmas memories with my family.”

“I have a beautiful family and I like to show it off. Sometimes we get silly and wear reindeer ears and make goofy faces at the camera. Well, most of us do; Shelly refuses to look at the cameras. She says ‘there is nothing here to photograph,’” the Davis patriarch said while sipping on a mug of spiced eggnog. “But I mean little Andy is looking so grown up in his Santa sweater, and my little Princess of Darkness is here to make sure that we all feel very miserable and awkward for our Christmas card. Family traditions are so important.”

An inside source confirmed that Davis agreed to appear in the family Christmas card making something resembling a smile in exchange for a ride to the mall; but reportedly refused to remove her black lipstick, favorite cross choker, and fingerless gloves.

“I tried to get her to move her hair out of her eyes so we could see that precious face, but she just glared at me with that death stare of hers,” Mrs. Davis said. “I’m sure once we start decorating our mother-daughter Christmas cookies she’ll perk up and be our sweet little girl!”

As of press time, Davis was begrudgingly posed back to back with her “ass-kissing normie of a little brother Martin,” and plans to spend the rest of the afternoon making charcoal rubbings in the old graveyard off of Pine Street.