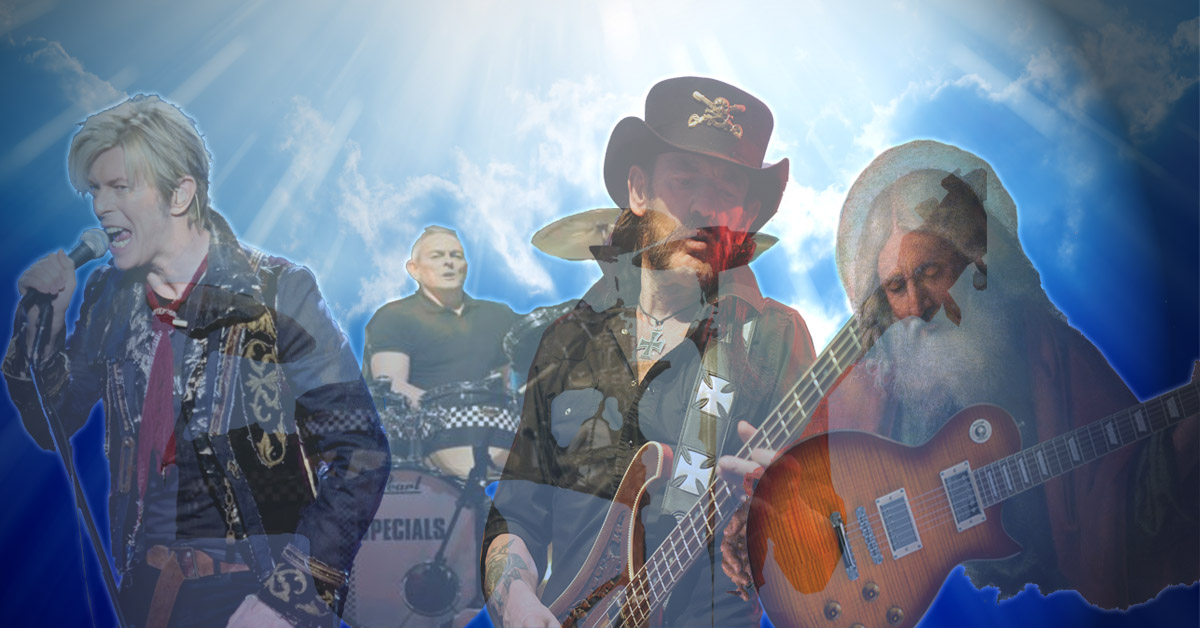 HEAVEN – Following the untimely death of David Bowie, God, the almighty, all-knowing deity and Creator of Heaven and Earth, has announced the final lineup of his much-anticipated supergroup, Rock Gods.

“Yeah, man! I am super stoked on this,” said God to a group of reporters gathered outside the pearly gates. “I just finished up receiving six months of guitar lessons from Leadbelly and wanted to seriously pursue this music thing, so I selected some of my favorite musicians to help out.”

The lineup consists of the recently-deceased drummer of The Specials, John Bradbury, rock ‘n’ roll legend Lemmy on bass, the incomparable David Bowie on vocals, and God rounding out the lineup on guitar.

“A lot of people don’t really know that I have a pretty eclectic music taste… they think I just bump hymns all day. That’s partially why I pulled from so many genres,” He Who Built All Things noted. “I was considering Paul McCartney on lead guitar, but I have heard he is a nightmare to work with.”

Although tragic that members of the band had to leave family and loved ones behind on Earth, they all expressed pleasure with their new arrangement.

“Well, this is a fucking surprise,” said Lemmy, downing a shot of whiskey. “I thought the devil already made my bed, but now I play bass for God. He sucks at guitar, but other than that he is an OK guy… or woman, I can’t really tell. Whatever, I hope we do one of those cruise tours.”

It has been well over 2,000 years since God has communicated directly with his followers on Earth, many of whom live their entire lives waiting for his merciful salvation. It brought great surprise this morning when they all received a press release in their email inboxes announcing that his band is set to enter the studio within the next few months.

“I am so excited to finally have everything coming together,” God said before launching into a sloppy rendition of Stairway to Heaven. “I know it’s kind of a long way for the other guys to come for practice, but after hearing some of the riffs Lemmy has been working on I think this EP is going to make it all worthwhile.”