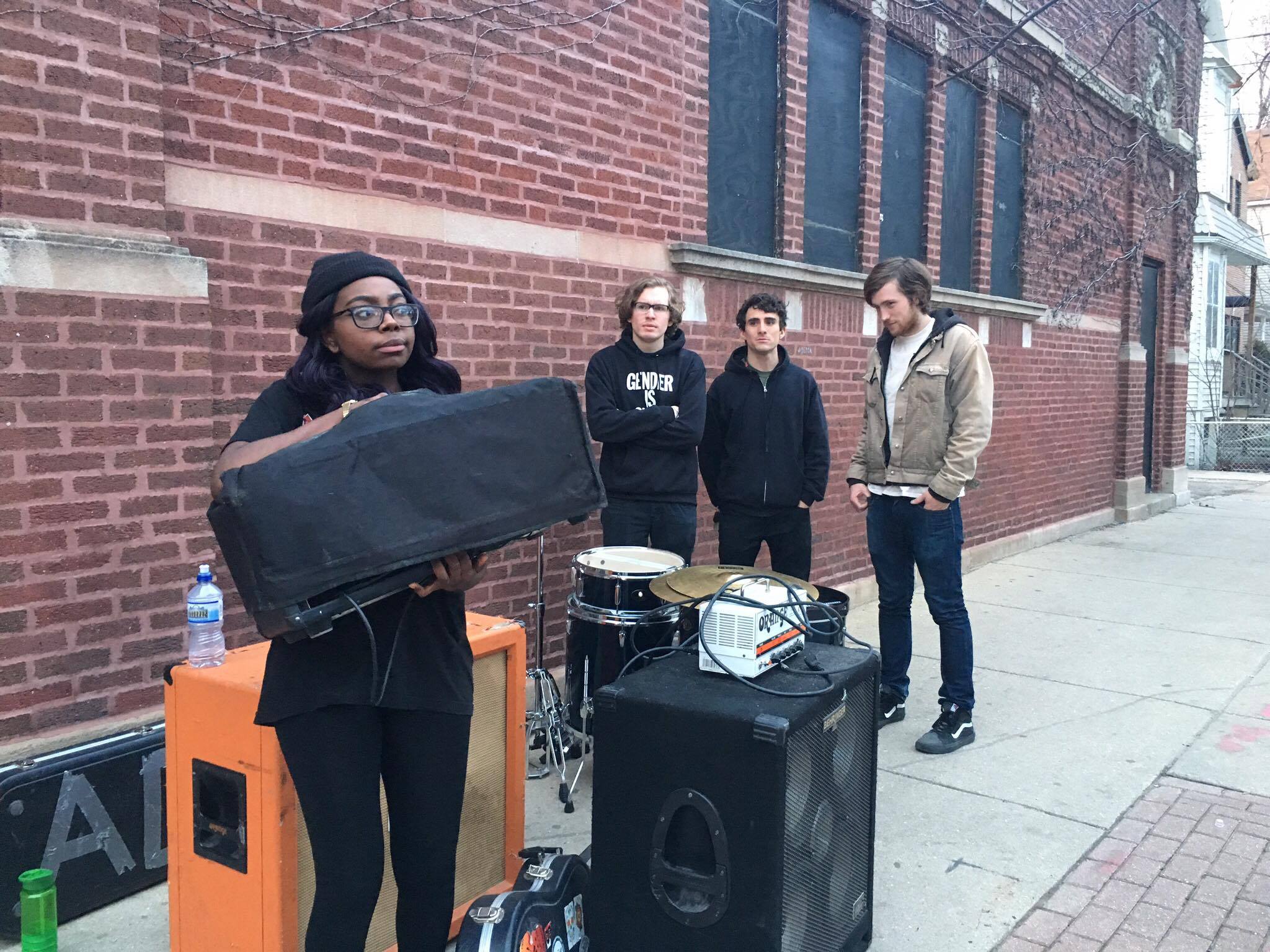 CHICAGO – Shocking, unconfirmed reports are coming out of Chicago’s underground music scene tonight that Stephanie Cales, a girl, does in fact like music.

According to multiple sources within the DIY world, Cales, a human woman, genuinely enjoys both the recorded and live-performance varieties of music — and sometimes even creates it herself.

“This should be a great show tonight,” Cales said, smiling excitedly as she unloaded her gear into a basement venue basement. “Really stoked. See you in the pit.”

“I asked her if she needed help loading in all that heavy gear for her boyfriend’s band and she just glared at me,” said James, just before posing for a crew shot. “I was just trying to be a nice guy… would it kill her to smile?”

Male members of the local scene have become distraught with the newest discovery. Not only is Cales physically able to load in her own gear with basic human strength, but she has also proved to have deep knowledge of the music she claims to enjoy.

“My girlfriend stayed home so I asked Stephanie to hold my jacket while I moshed,” said Tommy Pelligero with perplexity dripping from his voice. “And out of nowhere she strikes up a conversation about this obscure Italian oi band from the ’80s I don’t even like but have a patch of on my jacket. She started rattling off the whole discography and even asked me which demo recording I liked better.”

“What is she even doing here?” he added after working up a sweat by displaying his dominance with a crowd kill to the back of the room. “Socialite.”

Reports show an increasing amount of female women actively participating in music without ulterior motives. By early 2020, these same reports predict not a single girl person will be left to stand around to smell nice and be subjected to unwanted, embarrassing sexual advances.