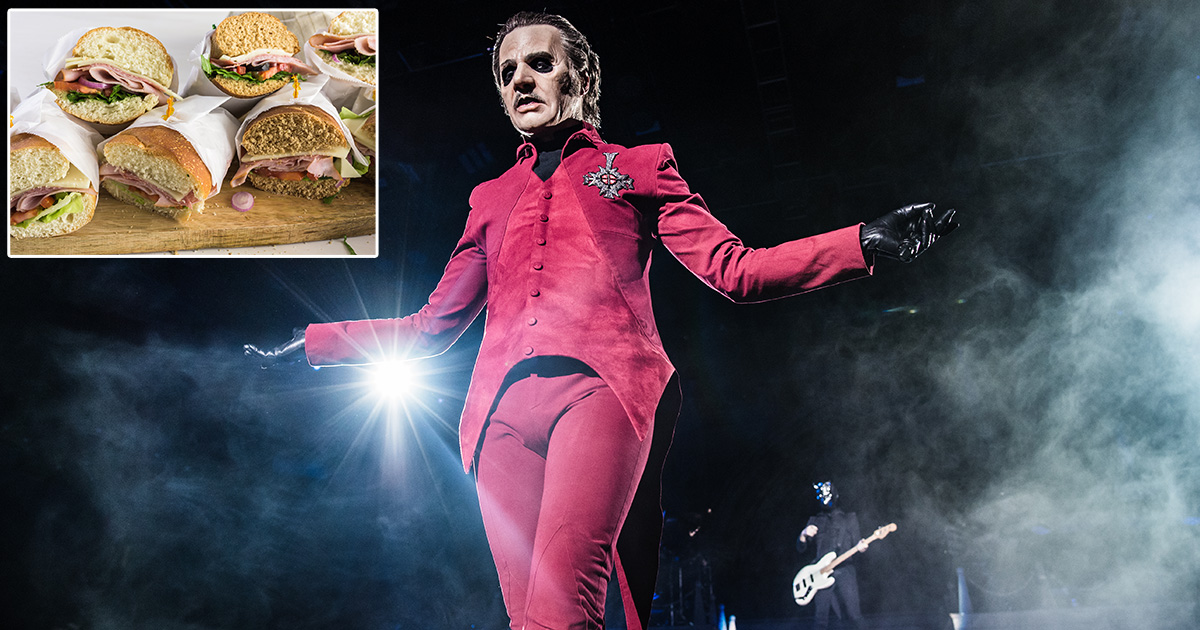 LINKÖPING, SWEDEN — Local college student Lufsig Nilsson once again screwed up the lunch orders for the Group of Nameless Ghouls who play in Ghost and abruptly quit his internship out of frustration, sources who didn’t even notice his absence confirm.

“I knew I would have to do a lot of grunt work like dry cleaning robes, and refilling their personal buckers of white face paint, but lunch is just chaos. Even with a detailed list it’s impossible to figure out who’s sandwich belonged to who because they are all just silent weirdos,” explained the exasperated Nilsson. “I’d call out an order and they would stare at me and just point to their patches. As much as I love Ghost lore, I don’t have time to figure out if that’s Water or Air or Aether or whatever. Imagine spending an hour and a half at Subway trying to make sure every Ghoul has the correct toppings on their sandwich and then being met with blank stares.”

Band member Multi-Ghoul offered to clarify the situation from a different perspective.

“This isn’t a job for the weak. It’s a demanding role in our un-holy mission. This was the third intern we’ve lost in the last two months. And yeah, our orders are complicated, because we all have different tastes and some Ghouls also have allergies,” said the theatrical musician. “Fire Ghoul can’t have pepperoncinis, ironically, and Water Ghoul really hates onions. If either of those orders are not right, our rehearsals are ruined. That intern got the job because they were dedicated to our cause, but if they can’t tell us apart, it’s just offensive and dangerous, really.”

Frontman Cardinal Copia, who hired the intern initially, gave his experienced opinion on the matter.

“It’s not an easy process whittling down hundreds of applications and finding the right candidates, but we also have to find the best of the best, and I believe we will get there. Though I must say, our previous gopher was amazing at cleaning the glass stained studio windows,, desecrating the eucharists, and making sure none of our hotel rooms had a Bible, but lunch orders are just as important. And if we can’t have well-fed Ghouls, we won’t have a good performance,” explained Copia. “It’s a long road to paying your Satanic dues, but once you do, the gates of Hell welcome you with the most rewarding prize– free entry to our shows and first dibs on shirts.”

As of press time, Ghost is operating with borrowed interns from GWAR.