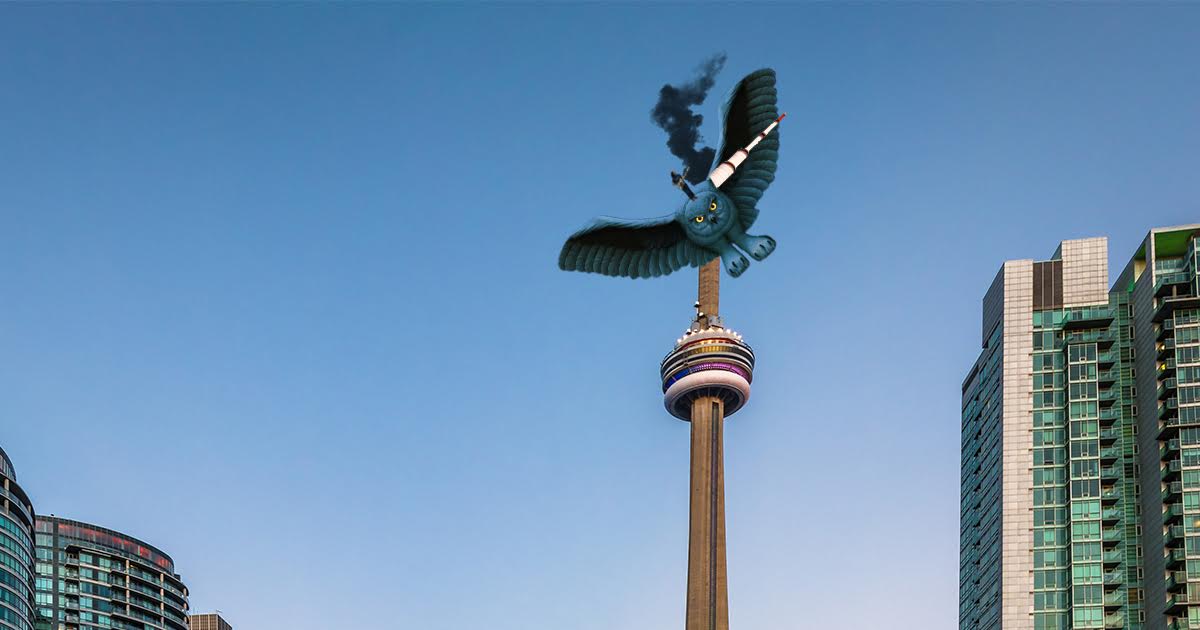 TORONTO — Legendary rocker Geddy Lee crashed his giant owl into the CN Tower last night, which left authorities scrambling in the aftermath of the aerial collision, horrified sources at the scene confirmed.

“We see him flying that thing around all the time,” said Toronto native Jeff Taylor. “He was loop-de-looping and soloing all over the skyline — same as any day when Rush isn’t on tour. Then he just lost control and, boom! Right into the tower. He’s never gotten into a nasty accident like this before. Hope he’s alright, eh?”

Witnesses claim the frontman shouted, “Fly by night away from here! Change my life again!” as he careened into the landmark. Lee was in stable-but-unresponsive condition at Mount Sinai Hospital following the crash into the famous 1,815-foot structure. His owl and Fender jazz bass, however, were completely totalled.

Police have so far ruled out terrorism.

“We’re investigating the act as unintentional,” said Toronto RCMP commissioner Pam Chan. “Canada’s native prog-rock son is too patriotic to do something like this on purpose. Geddy Lee flying around Toronto on a giant snow-white bird plucking out impressive bass riffs is as Canadian as all-dressed Ruffles.”

According to emergency responders, no bystanders were harmed in the explosive collision with the CN tower, a popular tourist destination. Sources say Lee struck the tower’s antenna, extending well above the building’s populated viewing area, though the damage did cut off FM and AM radio service from Toronto’s south side.

“We are shaken by today’s events, but happy to hear Geddy is expected to make a full recovery,” said fellow Rush members Neil Peart and Alex Lifeson in a statement this afternoon. “We are as eager as anyone to figure out how this happened. Geddy is normally extremely respectful of air traffic control and the laws of the skies.”

While Canada’s healthcare system will cover the frontman’s injuries at no cost, fans have set up a GoFundMe to buy Lee a new owl.