Game of Thrones Tribute Metal Band Getting Ahead of the Books 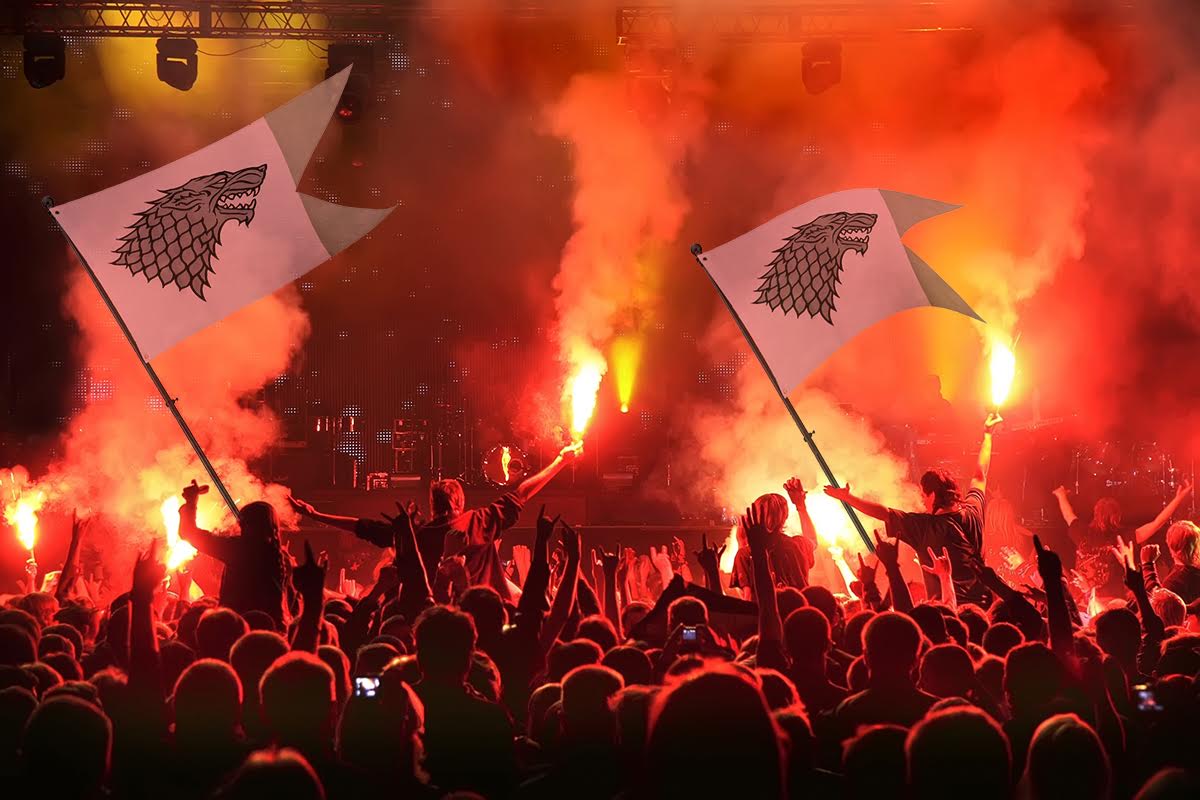 BAKERSFIELD, Calif. – The continued delay of The Winds of Winter, the sixth book in the George R.R. Martin series that inspired Game of Thrones, has left Grey Wind, a Game of Thrones-based metal band, writing new songs that advance the plotlines of the series beyond what has already been published.

Grey Wind formed in 2011 and began writing albums that correspond with each book in Martin’s A Song of Ice and Fire fantasy series. Fans of the band immediately latched on to the band’s melodic riffs, sweeping orchestral arrangements, and lyrical content that focuses on the seven kingdoms of Westeros. But now fans fear that their latest album, due out this month, will contain spoilers for the next novel.

“I love this band, but they already take a lot of liberties with the plotlines as it is, like that one album cover that has Tyrion Lannister riding a dragon? It’s definitely taking a leap to assume Tyrion is one of the three heads of the dragon,” said one fan who asked to be referred to as Corey Targaryen. “Their last album ended with the track ‘Snow Drift’ about Jon Snow dying — but I saw the tracklist for their new album, and song six is called ‘Jon Snow Lives.’ What the fuck, man?”

The band’s frontman, known by his stage name Black Worm, says they have contacted George R.R. Martin and fans should not worry about diverging too far from the plot of the books.

“Since we started this band we have sent hundreds of emails and links to our Bandcamp page to Mr. Martin. He is bound to answer one of them,” said Black Worm confidently. “When he does respond, we plan on asking him what’s next, but as for right now, I think we have a good idea of what will happen in Westeros. Three of us post on the Game of Thrones subreddit, and all of us love the television show. Wait until you hear the song ‘The Secret at the Tower of Joy,’” Black Worm continued with a sly wink.

Black Worm went on to make a passionate plea to the Game of Thrones TV series creators.

“Grey Wind is so much heavier than Mastodon. Please have us on the next season. We would be way better at fighting the white walkers. Come on!”